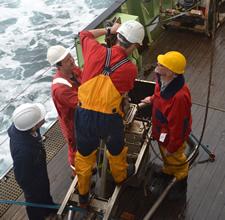 Today we deployed the US Naval Electronic Lab (USNEL) Box Corer which collects large samples of sediment from the seabed. The corer is lowered by wire into the sea and its design allows a free flow of water through the frame, which helps with a speedy descent.

The weight of the corer carries it into the sediment as it makes contact with the sea floor. After a few moments on the seabed the wire pulls, a spade closes off the bottom of the box and the corer is recovered to the ship. 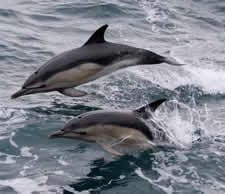 We also recovered the Bathysnap camera system. Bathysnap is a time lapse free-fall camera system and current meter system that can operate on the deep sea floor for periods of over a year. It can be set to repeat photograph areas of 2 m2 of the sea bed at a preset frame interval. It also records the current speed and direction and ambient temperature at 1 m above the sea bed. We use Bathysnap to record changes in the appearance of the sea bed over time, the coverage of sunken algae, feeding behaviour of larger animals, and their effects on the sea floor environment.

During the early evening the box core is recovered from a depth of ~4,850 m. As soon as it is on deck, the team sets to work examining the sample. After the surface water has been removed for analysis, the sediment will be sliced carefully into sections and the organisms that it contains will be identified and recorded.

Further box cores were deployed and recovered during the night. 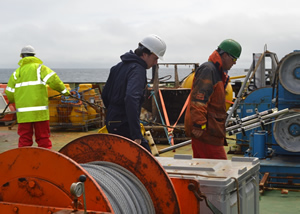 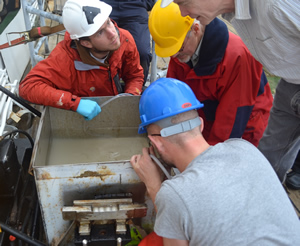