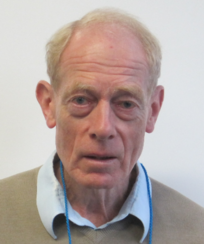 NOC’s Professor John Huthnance has been awarded the European Geosciences Union’s prestigious Fridtjof Nansen medal for his outstanding contribution to our understanding of physical processes in coastal and shelf seas, especially in the North Sea, and at the continental shelf break.

The Nansen medal was established to honour scientists who have achieved exceptional international standing in ocean sciences in the spirit of Norwegian explorer and oceanographer Fridtjof Nansen. The presentation will be made during the general assembly of the European Geoscience Union in Vienna, next week. This will be followed by a medal lecture by Prof Huthnance. The award will be presented between 4-5pm on Friday 22nd April.

Professor Huthnance is an internationally recognised leader in marine physics. Over his remarkable career, he has made particularly significant contributions to the theory of processes at the shelf edge, also being involved in leading research cruises, building our knowledge of the phenomena occurring at the shelf edge and slope. His work refined the theory of dense water cascading off the marine shelves, which has important implications for ocean biogeochemistry and the carbon budget in the ocean. He has provided an improved dynamical description of the interface between shelf seas and the open ocean, coupling the roles of inertia, rotation, stratification and topographic slope. He has combined theoretical and observational work in a rather unique way, in this resembling Fridtjof Nansen, who also combined these activities, making this award particularly appropriate.

Congratulating Professor Huthnance on his award, Executive Director of the NOC, Professor Edward Hill said, “John has made very significant observational and theoretical contributions to the fundamental processes at work at the continental shelf edge. These play an important role in exchanges of water, nutrients, carbon and other properties between the open ocean and the continental shelf seas and coastal regions. In addition to his own individual scientific contributions, John has been a quiet but persistent force bringing together researchers with diverse interests in major collaborative programmes in the UK, across Europe and wider. In this way he has contributed to very significant scientific works, bringing together diverse scientific knowledge about continental shelves, the shelf edge and their interactions with the adjacent deep ocean.”