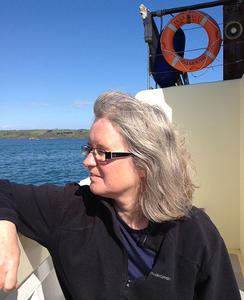 Dr Elizabeth Kent has been awarded the Adrian Gill Prize by the Royal Meteorological Society for her dedicated research into air-sea interaction and marine climatology.

The prize is named in honour of Dr Adrian Gill, meteorologist and author of “Atmosphere-Ocean Dynamics”. It will be presented to Dr Kent at the Royal Meteorological Society Annual General Meeting in May.

I am delighted and honoured to be chosen for this prize,” said Dr Kent. “I work in a team who have all contributed to this – so the prize is really for the entire team.”

Dr Sheldon Bacon, Associate Head of Marine Physics, who made the nomination said “Over the years, her research has made an essential contribution to many of the highest-profile national and international climate assessments, including most recently the Intergovernmental Panel on Climate Change Fifth Assessment Report, AR5, to which she is a contributing author.”

For more than 20 years, Dr Kent has been studying the heat exchange between air and ocean using long-term datasets. The main result of this work is the NOC Surface Flux and Meteorological Dataset Version 2, which covers the period from 1973 to the present. The dataset contains the four components of air-sea heat flux (sensible, latent, longwave and shortwave radiation) and all input parameters needed to estimate the heat fluxes (winds, air and sea temperature, humidity, clouds and pressure). The uniqueness of the NOC flux dataset lies in its use of in situ measurements only – no satellite or model-based products are used – and the availability of estimates of uncertainty.

The NOC surface fluxes are calculated using the International Comprehensive Ocean-Atmosphere Data Set (ICOADS) archive of marine surface observations. The early data were collected on board sailing ships and the modern-day data come from a wide variety of commercial vessels and also from dedicated platforms such as surface drifting buoys. The observational record starts in 1662; the global density of observations climbs through time, and starts to give useful coverage from around the 1850s. Prior to the satellite era (before about 1980), they are essentially all the information we have on conditions over the oceans.

Elizabeth’s work has been instrumental in improving the quality of these observations through the painstaking characterisation of uncertainties and subsequent quantification of bias adjustments. This is only possible thanks to the use of observational metadata (such as measurement methods and instrument heights above sea level), which permits the application of adjustments to the data, reducing biases and uncertainties to enable more accurate estimates of climate variability.

NOC is now working in partnership with ICOADS to make these results available to everyone. Elizabeth, David Berry, Giulia Carella and Louise Jenkins from the NOC Surface Processes group are contributing to international efforts to generate the next major update to ICOADS, expected next year.

Professor Ian Wright, Director of NOC Science and Technology, said “The award to Liz is very worthy recognition of her outstanding work in understanding the crucial exchange of heat between the ocean and atmosphere, and underlined NOC’s commitment to tackle critical research that required a long-term approach.”

The Adrian Gill Prize is awarded annually, in memory of Adrian Gill, to a member of the Royal Meteorological Society who has made a significant contribution in the preceding five years, in the specified fields, and who has also been an author of a paper(s) in the Society’s journals. The specified fields are those that interface between atmospheric science and related disciplines. These related disciplines include oceanography, hydrology, geochemistry and numerical methodologies.

Radio Solent recently interviewed Liz was about her research. You can listen to the ten- minute interview at http://www.bbc.co.uk/programmes/p01x1tnb
(it starts 02:15:47 into the program). 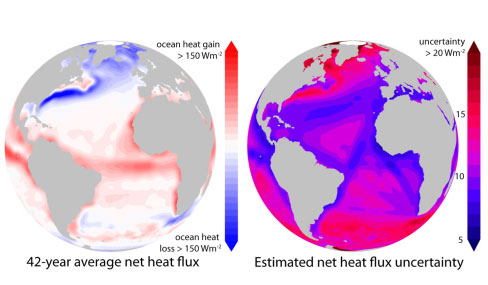