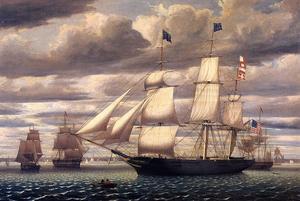 The NOC hosted and led the 4th International Workshop on Advances in the Use of Historical Climate data (MARCDAT-IV) from the 18th – 22nd July, with 47 participants from 12 countries (Australia, Canada, Chile, China (incl., Hong Kong), Germany, Japan, Malaysia, Netherlands, Russia, Switzerland, UK and the USA).

The meeting focused on the integration of observations from diverse sources, ranging from 18th Century sailing ships to modern day merchant vessels, autonomous systems and satellite data, to create long-term consistent datasets and estimates of climate change over the past 160 years. These datasets support and are typically used in national and international assessments of the state of the climate and oceans (e.g. IPCC assessment reports, DEFRA charting progress, NOAA State of the Climate report, Marine Climate Change Impacts Partnership reports). This meeting also focused on improving the coordination, management and provision of marine climate data through the climate archives and operational systems in collaboration with the ICOADS Partnership and the JCOMM Expert Team on Marine Climatology. The meeting ended with a presentation on the vision for and development of the JCOMM Marine Climate Data System and discussion of the long-term vision for ICOADS.