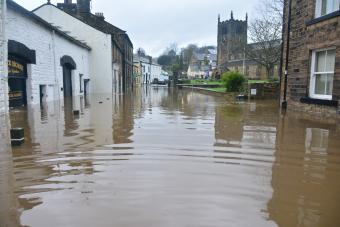 With a long-term focus on observing and understanding the ocean’s role in the climate system, and reliable models for climate forecasts, we have the information to support policy makers with decisions about climate change mitigation and resilience

A survey conducted by the National Oceanography Centre (NOC) in partnership with YouGov, has revealed the key concerns of ocean-related climate issues among the general public.

The results – released on World Oceans Day – show that 79% of those surveyed from the British public think microplastics and overfishing are causing the greatest level of damage to the ocean and that 71% of are worried about the impact of rising sea levels in the UK. An overwhelming 79% said they would support further investment into sea level monitoring systems to tackle coastal flooding.

Insights from the NOC’s survey also shows that the 72% feel that the oceans are overlooked by policymakers, and that oil and gas exploration is a contributor when it comes to damaging ocean health. 57% were also of the opinion that achieving net-zero is the biggest challenge for the shipping industry.

The survey, completed by 2,477 participants across the UK, further stresses public concern over record breaking data released recently by the World Meteorological Organization, indicating that sea level rise reached a record high in 2021, increasing at an average of 4.5mm per year between 2013 and 2021.

These research themes are being explained and discussed in our free digital World Oceans Day event happening on Friday 10 June, learn more and sign up here.

By 2050, 2 billion people will live within 100km of the coast, and coastal communities will be at increasing risk of flooding linked to rising sea level and storms. The NOC’s survey highlights the importance into UK coastal research, following on from a recent report by the Intergovernmental Panel on Climate Change, which showed the UK has suffered more flooding from rivers, coasts, and from intense downpours in urban areas and indicated that that the UK is unprepared to adapt to climate change. The NOC is pressing for improved climate quality monitoring around UK coasts as part of the Global Sea Level Observing system and which is important for assessing risks of UK coastal flooding, The true extent of the implications on the UK’s coastal communities will be revealed in the NOC’s upcoming State of the Sea Levels report, which will be released this summer.

Professor Penny Holliday, Senior Scientist at the NOC, said: “The ocean is a key player when it comes to tackling climate change, the greatest environmental challenges of our age. With a long-term focus on observing and understanding the ocean’s role in the climate system, and reliable models for climate forecasts, we have the information to support policy makers with decisions about climate change mitigation and resilience.”

Read more about our science-led solutions

The NOC’s innovative autonomous underwater vehicles are at the forefront of collating vital data, with the famous underwater robot Boaty McBoatface having already undertaken surveys at the Dotson Ice Shelf, which borders the Thwaites Glacier, to help understand what is causing ice loss and to better predict how its deterioration could contribute to sea level rise.

Further data shows that over three quarters (79%) of Brits are very concerned about the risks caused by plastic contamination of the oceans. Professor Richard Lampitt, an observational biogeochemist at the NOC, said: “Scientifically, it is not clear what the impact of plastics are on the ocean and whether it poses a significant threat compared with other factors. Although plastics is an important problem, research is needed to assess the cumulative impact of multiple stressors on the marine environment, which includes plastic contamination. At NOC we focus our research on the pathways of different types of plastic from the land to the rivers and from there to the estuaries, coastal seas and the open ocean. We use this data to understand the transport and ultimate fate of this material and the environmental implications. This is then used to inform regulations surrounding the use of plastic, waste management, manufacturing processes and environmental monitoring."

Learn more about our research themes

We hope you’ll join us on Friday 10 June for our free, online day of talks and discussions about many of these themes and solutions. Please sign up here.