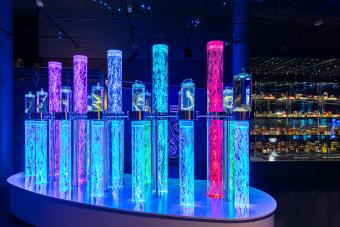 The exhibition, which was due to open in March, features over 500 samples from the NOC Discovery Collections (containing many thousands of specimens), 13 specially selected ‘star’ specimens, as well as a model of everyone’s favourite yellow submarine; Autosub Long Range, better known as Boaty McBoatface.

Ed Hill, NOC Chief Executive, said, “We are proud to be part of this immersive exhibition that shines a light into the abundant but mysterious deep sea world. It is exciting to share not only the unique specimens from the Discovery Collections but the innovative engineering that allows us to explore and better understand this hostile environment. As the ocean profoundly impacts human society I hope this exhibition brings enjoyment and wonder to many people and inspires future generations into ocean focused careers.” 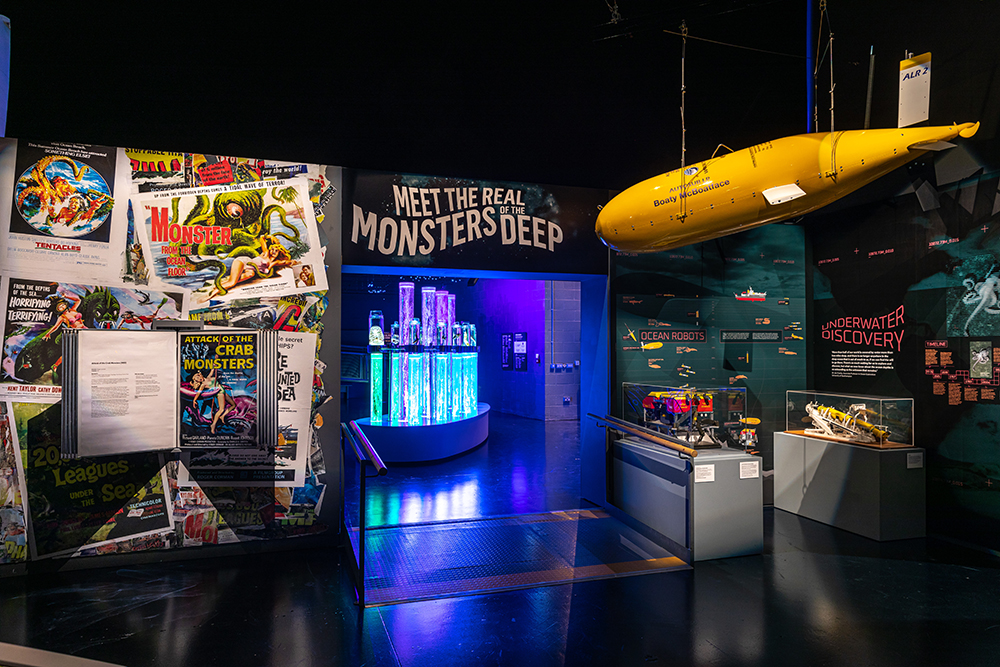 On display at the Museum from 27 July 2020–3 January 2022, the new Monsters of the Deep exhibition takes visitors on an immersive tour through the world of deep-sea monsters, both real and imagined. From Medieval folklore, to the cryptozoologists and monster-hunters of the 20th century, the exhibition examines the enduring fascination with the creatures that live in the depths of the ocean, bringing together rarely seen specimens, artefacts and artworks from world class collections, including the National Oceanography Centre, Royal Museums Greenwich, the British Museum, the Science Museum, and Cambridge University Library.

Starting with the monstrous creatures that haunted the imaginations of people in medieval Europe, the exhibition examines what people of the past really believed about the ocean. A large-scale reproduction of the Carta Marina, the world’s most famous medieval map of the sea, showcases exquisite illustrations of sea monsters including the strange ‘mirror creatures’ – sea goats, sea cows and sea horses – that were thought to inhabit the oceans at the time. Also on display will be the Hortus sanitatis, the world’s first natural history encyclopaedia. Printed in 1491, it represents a significant moment in the birth of scientific history, a time when unicorns and mermaids were considered alongside elephants and giraffes as marvellous wonders of the world. 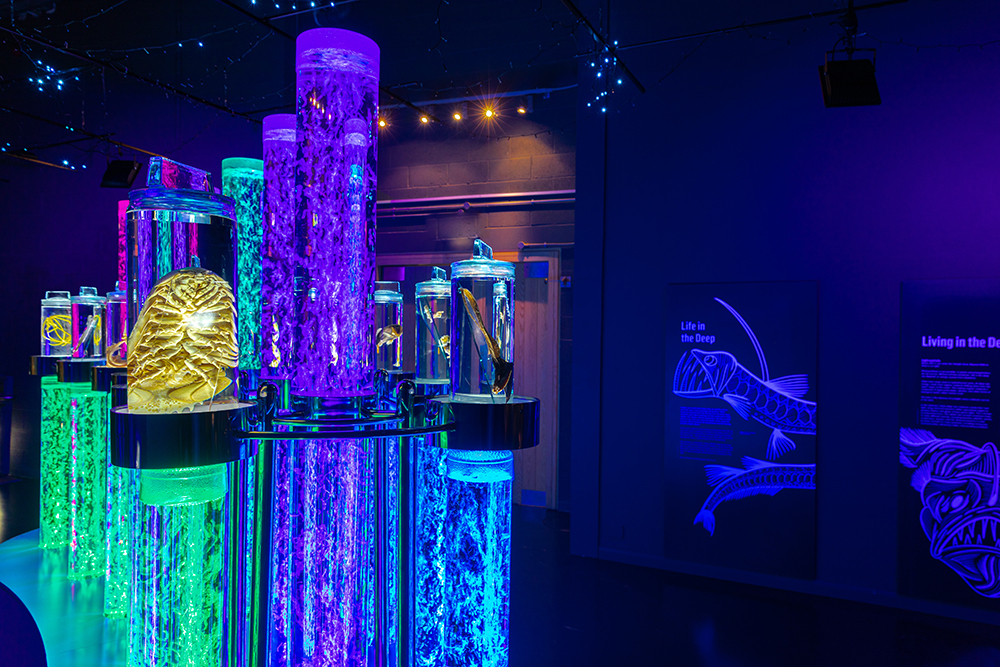 The exhibition has been created in collaboration with a variety of specialist and guest curators, including Dr Tammy Horton, Taxonomist and collections manager of the National Oceanography Centre’s Discovery Collections. Dr Horton, commented, “I’m so excited to see the specimens and samples from our historic Discovery Collections on public display for the first time. The National Maritime Museum has done an amazing job of bringing them to life in an interactive display. I hope the visitors get as much joy in seeing these treasures of the deep as I do in caring for them.”

The exhibition tells the story of the development ocean exploration from the early voyage of the Challenger, the figurehead of which is proudly displayed in the NOC in Southampton, and includes a recreation of its laboratory. The story is brought right up to date, with the inclusion of a scale model of the NOC’s Autosub Long Range, autonomous vehicle, nicknamed and known the world over as Boaty McBoatface. This pioneering vehicle and accompanying display introduces visitors to the various vehicles within the National Marine Equipment Pool and to the impact of the discoveries this technology makes possible.

Monsters of the Deep is open from Monday 27 July 2020 to 3 January 2022. See the National Maritime Museum Cornwall website for further details.