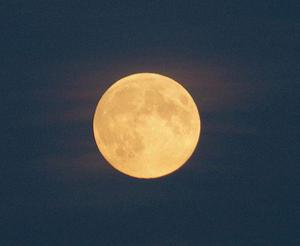 Many places along the UK coastline will experience the highest tide for 18.6 years between the 19th and 30th of September, as a result of the co-incidence of a series of astronomical factors. Watch a video of Professor Kevin Horsburgh explaining this using a football and a tennis ball.

This unusually large spring tide is due to the moon and sun becoming aligned directly over the equator at the same time as the moon’s ‘nodal cycle’ reaches a stage favourable to high tides.

Tides are controlled by well-known astronomical cycles. Every fortnight - at new moon or full moon - the Earth, Sun and moon are in a straight line, which causes an increase in tidal ranges. These higher than average tides are called spring tides. The word is thought to derive from the German or Anglo-Saxon word to “leap up”.

Yet some spring tides are higher than others. Tidal forces are strengthened if the moon is closest to Earth in its elliptical orbit. Tide generating forces are also enhanced when the Sun and the moon are directly overhead at the equator. For the Sun this happens on or around the equinoxes, which happen on 21 March or September. Spring tides are always higher at these times of year. The moon’s orbit also takes it above and below the equator over a period of 27.2 days. Just as with the Sun, the tide generating forces are greatest when the moon is directly overhead at the equator.

The high tides predicted for 2015 are due to a very slow change in the moon’s orbit, which is inclined to the plane in which Earth orbits the Sun. The moon’s orbit cuts this surface at an angle of approximately 5 degrees. Over 18.6 years the moon’s orbit slowly rotates around so it cuts through the solar orbit in a different place. This so-called nodal cycle has the effect of changing how far above or below the equator the moon can reach in its orbit.

In 2015 the moon’s orbital excursion above or below the equator takes the minimum value of 18 degrees. This slightly increases the chances of the moon being directly overhead at the equator coinciding with the other factors that contribute to extreme tidal forces.

In some places, these extreme tidal conditions can cause water levels to be 0.5m higher than a normal spring tide. But it is important to remember that stormy weather has a greater impact than exotic tides. Storm surges, due to low pressure and high winds, can raise sea levels by up to 3m around the UK coastline.

Professor Kevin Horsburgh, from the National Oceanography Centre (NOC), said “NOC scientists continue to lead the world in the study of tides and all factors contributing to sea level change. The 18.6 year cycle is a fascinating result of heavenly motions. While many features of tides have been known for centuries we are still making new discoveries – for instance we recently showed how slow changes in global sea level can affect the ocean tides”.

Details of the highest tides each year can be found on the website of the National Tidal and Sea Level Facility.