In August 2006 the Royal Research Ship (RRS) James Cook was delivered to the National Oceanography Centre ready to carry scientists and equipment to some of Earth’s most challenging environments, from tropical oceans to the edge of the ice sheets. 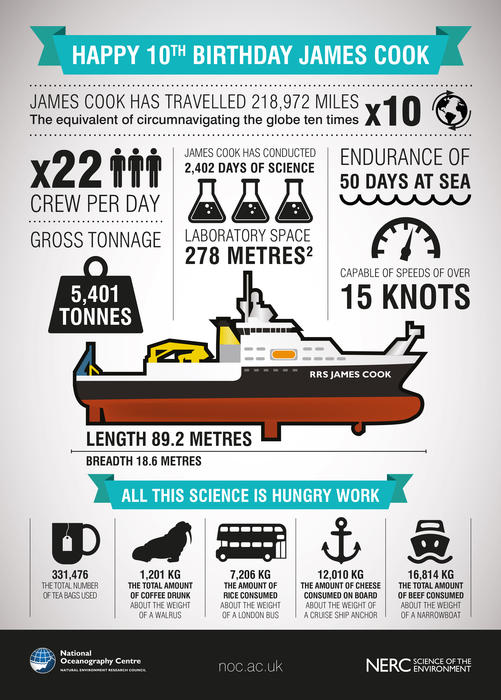 RRS James Cook plays a significant role in delivering national and international science priorities and will continue to so in the future. Substantially larger than its predecessor, the RRS Charles Darwin, she is fitted with some of the most modern scientific systems available. In addition she is one of the quietest research vessels currently afloat. RRS James Cook is also built with a Dynamic Positioning (DP) system, enabling the ship to hold station in all but the most violent weather. This combines with the ability to deploy the Isis ROV to make RRS James Cook one of the most advanced research vessels currently in service.

The RRS James Cook was named after the British naval captain and explorer who charted New Zealand and the east coast of Australia. He explored and recorded findings in many dangerous and inhospitable regions such as the Great Barrier Reef and the Antarctic Circle.

You can find out where in the world the RRS James Cook and her crew are at any time by following our Ship Tracker.

The Blue Mining project is an ambitious €12M international programme to study processes of formation and preservation of seafloor mineral deposits, and evaluate their resource potential and recovery.

During July and August of 2016, Cruise JC138, on the RRS James Cook, will sail to the Mid-Atlantic Ridge to study a series of seafloor massive sulphide deposits that were formed by hydrothermal activity at a depth of 3500m below sea-level. The cruise, led by Blue Mining project leader Bramley Murton from the National Oceanography Centre, will immediately follow a five week-long site survey cruise on the R/V Meteor by our German partners at the research centre Geomar based in Kiel, using autonomous underwater vehicles and near bottom seismic studies.

The RRS James Cook cruise will deploy novel geophysical tools such as active source electromagnetics to get a three-dimensional image of the deposit sub-surface, as well as the robotic underwater vehicle HyBIS to map and sample the seafloor. The majority of the cruise time will be used deploying a robotic sea-floor drilling rig, the RD2, developed by our project partners at the British Geological Survey. The six ton drilling rig will be lowered to the seafloor to a depth of 3500m where it will drill and recover 50m long cores through the ore deposits, acquire in situ measurements of the sub-seafloor rocks and their properties, and sample fluids from deep within the bore hole.

Notable endeavours made on board RRS James Cook 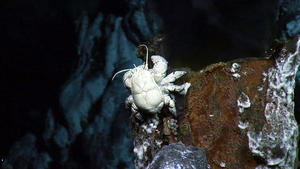 From 2009 to 2013 scientists from the National Oceanography Centre and the University of Southampton, embarked on a series of research expeditions to the Southern Atlantic Ocean near Antarctica. In 2012 an expedition on the RRS James Cook took the team to a site of volcanic vents off South Georgia where the team worked 24 hours a day, seven days a week and conducted over 400 measurements. Their endeavours paid off and among other discoveries was a brand new type of crab living amongst the hydrothermal vents. The BBC covered the story and you can read their article and watch the incredible underwater footage here.

In 2011 scientists on board the RRS James Cook discovered a new set of deep-sea volcanic vents in the chilly waters of the Southern Ocean. The discovery was the fourth made by the research team in three years, which suggests that deep-sea vents may be more common in our oceans than previously thought. Read our news story.

BBC Science Editor, David Shukman, joined scientists on board the RRS James Cook in 2013 to explore the deepest hydrothermal vents ever discovered on the planet, in the Cayman Trough beneath the Caribbean Sea. See David’s video report.

In 2015 CODEMAP was the first-ever British expedition to simultaneously use three different types of deep-submergence robotic vehicles. Deployed from the RRS James Cook the Autonomous Underwater Vehicle (AUV) Autosub6000 and the Remotely Operated Vehicle (ROV) Isis were joined by University of East Anglia’s underwater Seaglider. Together the vehicles were used to characterise the seabed habitats and water column structure of Whittard Canyon, a giant deep-sea canyon. You can read the expedition blog and watch deep sea footage from ROV Isis on our YouTube Playlist.

While on the CODEMAP expedition an incredibly rare sighting of a Blue Whale in English waters was captured on camera by scientists on board the RRS James Cook. The huge mammal, twice as long as a double-decker bus, was spotted on 24 August approximately 400km southwest of Cornwall, over a deep-sea canyon on the northern margin of the Bay of Biscay. Read more about this special sighting.

Also in 2015, after two years of planning, an international team of scientists embarked on International Ocean Discovery Program (IODP) Expedition 357. This expedition involved major alterations to the ship to accommodate all the equipment, not least the two rock drills (MeBo and BGS Seafloor Rockdrill 2) with a deck load of around 200 tonnes. This fit enabled scientist to obtain rock samples down to 50 metres in thousands of metres of water.

A few words from those who know her best

RRS James Cook has been home to many crew, scientists and engineers over the last ten years, and one thing they all agree is that she’s a very special ship.

...the people who run her, they are what makes the ship tick, their ability to provide a smooth interface with the scientific community has enabled the ship to obtain a reputation as a world class scientific platform. When I refer to the people who run the ship I am referring to ships crew and technicians and the staff at NOC. In general RRS James Cook is a very stable and capable vessel which in my eyes makes her special and a great ship to work on.

The RRS James Cook will always be the most special ship to me because she gave me the opportunity to learn what it is like to live and work at sea.

Find out more about her capabilities and general particulars. 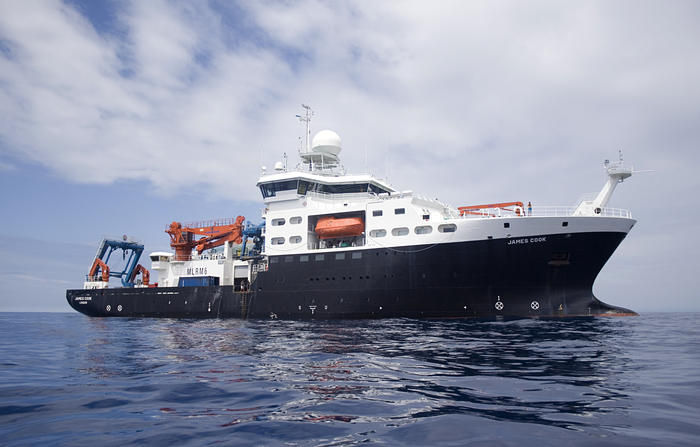