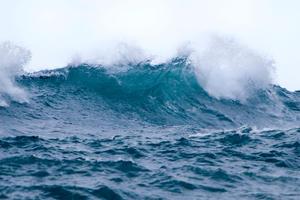 Currently different data formats between research centres pose a challenge to oceanographic researchers, who need unified data sets to get the most complete picture possible of the ocean. This project, called ODIP II, aims to solve this problem using NERC’s world-class vocabulary server to ‘translate’ between these different data semantics. The vocabulary server, which is effectively now an international standard for a service of this kind, was developed by the British Oceanographic Data Centre (BODC); a national facility operated as part of the National Oceanography Centre (NOC).

The Head of BODC Dr Graham Allen, which is leading the vocabularies aspect of ODIP II, said “This project will open up the possibilities of global marine research. For example, if scientists could access all the data on ocean temperature from, say, the North Sea, they would get a much more comprehensive insight into changes in ocean circulation there. Data management innovations like this enable the next big global scientific advances to happen.”

ODIP II is a collaboration between the USA, Australia and the EU, which are led by British Geological Survey and MARIS (Netherlands). The EU’s Horizon2020 programme has provided €2M for this project. By the time ODIP II is complete, in May 2018, it aims to have developed a means of seamlessly sharing and managing marine data between the EU, the USA and Australia, by co-ordinating the existing regional marine e-infrastructures.

Helen Glaves of British Geological Survey, who is leading ODIP II welcomed the extension, “ODIP has already succeeded in demonstrating a coordinated approach to the sharing of marine data on a global scale through the development of prototypes. This new funding will not only allow these prototype solutions to become fully operational, but will also enable the scope of the current project to be widened.”