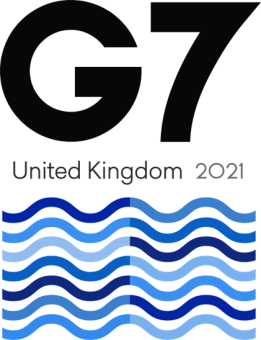 The Climate and Environment Ministers of the G7 have agreed on the next steps for tackling critical environmental including ocean issues at a virtual meeting ahead of the leaders’ G7 summit this month.

G7 Ministers met on 20–21 May, under the UK Government’s G7 Presidency, in one of a series of virtual G7 meetings leading up to the leaders’ G7 summit in Cornwall from 11 to 13 June. The G7 Climate and Environment Ministerial Communique published following the meeting detailed shared commitments to tackling urgent environmental issues, in particular, climate change and biodiversity loss and with a section specifically on ocean actions.

A key outcome of the meeting was the announcement of a G7 Ocean Decade Navigation Plan, a framework that promotes the collaboration of the G7 to support the UN Decade of Ocean Science for Sustainable Development (2021–2030) (Ocean Decade) and to advance ocean observations The IOC-UNESCO, as the custodian agency of the Ocean Decade, will be pivotal in the successful delivery of transformative changes in the way researchers work together to reverse the decline in ocean health and in promoting the value of the ocean to society. The National Oceanography Centre was pleased to support the UK G7 Presidency with advice and support relating to the Decade Navigation Plan, in NOC’s capacity as leading the UK Delegation to the IOC-UNESCO, and where the UK has strongly supported the Decade through its approval stages in the UN.

The G7 communique also welcomed the ongoing work of the G7 Future of the Seas and Oceans Initiative (FSOI), whose remit is to improve co-ordination of ocean observing activities between G7 countries and relevant international bodies. The UK G7 Marine Science Co-ordinator is based at NOC and leads UK contributions to the FSOI. During the UK’s G7 Presidency, the G7 will endeavour to advance three key areas of the FSOI’s global ocean observing work to support the UN Ocean Decade societal outcomes of a ‘predicted’, ‘accessible’, and an ‘inspiring and engaging’ ocean:

Professor Gideon Henderson, Chief Scientific Adviser at Defra said: ‘Now more than ever we must support robust and transformational ocean science to drive ocean action. The UN Decade of Ocean Science for Sustainable Development represents a powerful opportunity to do just this, and the chance for us to move from the “ocean we have” to the “ocean we want”. I would like to thank NOC for their engagement and expertise in this work – in particular, Dr Katy Hill, the UK G7 Marine Science Coordinator, for her excellent work in advancing the activities of the G7 Future of the Seas and Oceans Initiative. We now look forward to continuing to work with our UK and G7 partners, as well as our wider international colleagues, to implement the ambitious G7 Ocean Decade Navigation Plan.’

Ed Hill, NOC CEO and UK Head of Delegation to the Intergovernmental Oceanographic Commission said ‘I am delighted that under the UK leadership, the G7 have made a strong commitment to supporting the transformational goals of the UN Ocean Decade, recognising the important role the G7 members will play as scientific and technological leaders in developing particularly the underpinning capability in observation, data and prediction systems to support the Decade goals and to lead by example to realise broad benefit from this unique opportunity.’

Katy Hill, UK G7 Marine Science Coordinator said ‘It is a privilege to work with Defra and UK partners to support the delivery of UK G7 Presidency Ocean Action. The G7 Ocean Decade Navigation Plan recognises the critical importance of observations and infrastructure to meet UN Ocean Decade Goals and I look forward to working with the UK Government, UK and G7 partners to develop this collaboration.’