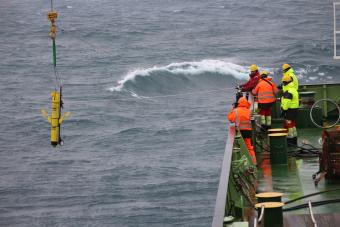 New images released today show the UK’s National Oceanography Centre launching a robotic underwater glider from the RRS James Cook, marking the start of a four-month mission to investigate the massive A-68a iceberg in the South Atlantic, one of the largest icebergs ever identified by scientists.

The National Oceanography Centre (NOC) provides the world-leading technology used by scientists and has developed a web application which adds satellite data to the piloting tools to ensure the 1.5-metre-long gliders can collect measurements of seawater salinity, temperature and chlorophyll close to the iceberg.

The underwater robots will be piloted by a team of experts based in Southampton, at NOC’s leading oceanographic centre.

Maaten Furlong, Head of the Marine Autonomous & Robotics Systems Group at the NOC, said: “We have developed a world leading web application to pilot and manage the data from long range ocean robots. It uses satellite data to assist in piloting the gliders which can be deployed from anywhere in the world. We use a variety of different glider types that can be fitted with a bespoke combination of sensors as required by different science campaigns.

“Having an advanced piloting tool makes these bespoke operations a lot easier. For this campaign we adapted the software to show the A-68a position from satellite data. This allows us to get the glider close to the ice and to take the necessary measurements. These measurements will allow the science team to better understand the impact of the A-68a on the local environment and marine life.”

Alongside the existing piloting and data management, the web application is being developed as an automated piloting system, enabling pilots to supervise a greater number of vehicles simultaneously. The system will perform routine health and status checks during the multi-month deployments, and external planning algorithms can be used to generate vehicle instructions to optimise data collection for the specific missions’ requirements.

Historically the data collection could only be carried out using sensors attached to large specialised research ships. Not only is this method costly, but data could only be captured for a limited period of time and carbon emissions would be high.

Leigh Storey, Associate Director, National Marine Facilities at the NOC, said: “Over the last decade we have developed and operated increasing numbers of ocean robots alongside the research ships to help scientists from across the UK understand the ocean. The development and deployment of this technology continues to be supported by UK Research & Innovation and is part of the solution to reducing the carbon footprint associated with current marine research. The UK is at the forefront of this research and the NOC is playing a leading role.”

Teams at the National Oceanography Centre are working alongside the British Antarctic Survey (BAS) as part of this ground-breaking mission to investigate the impact of freshwater from the melting ice into a region of the ocean that sustains colonies of penguins, seals and whales. These waters are also home to some of the most sustainably managed fisheries in the world. 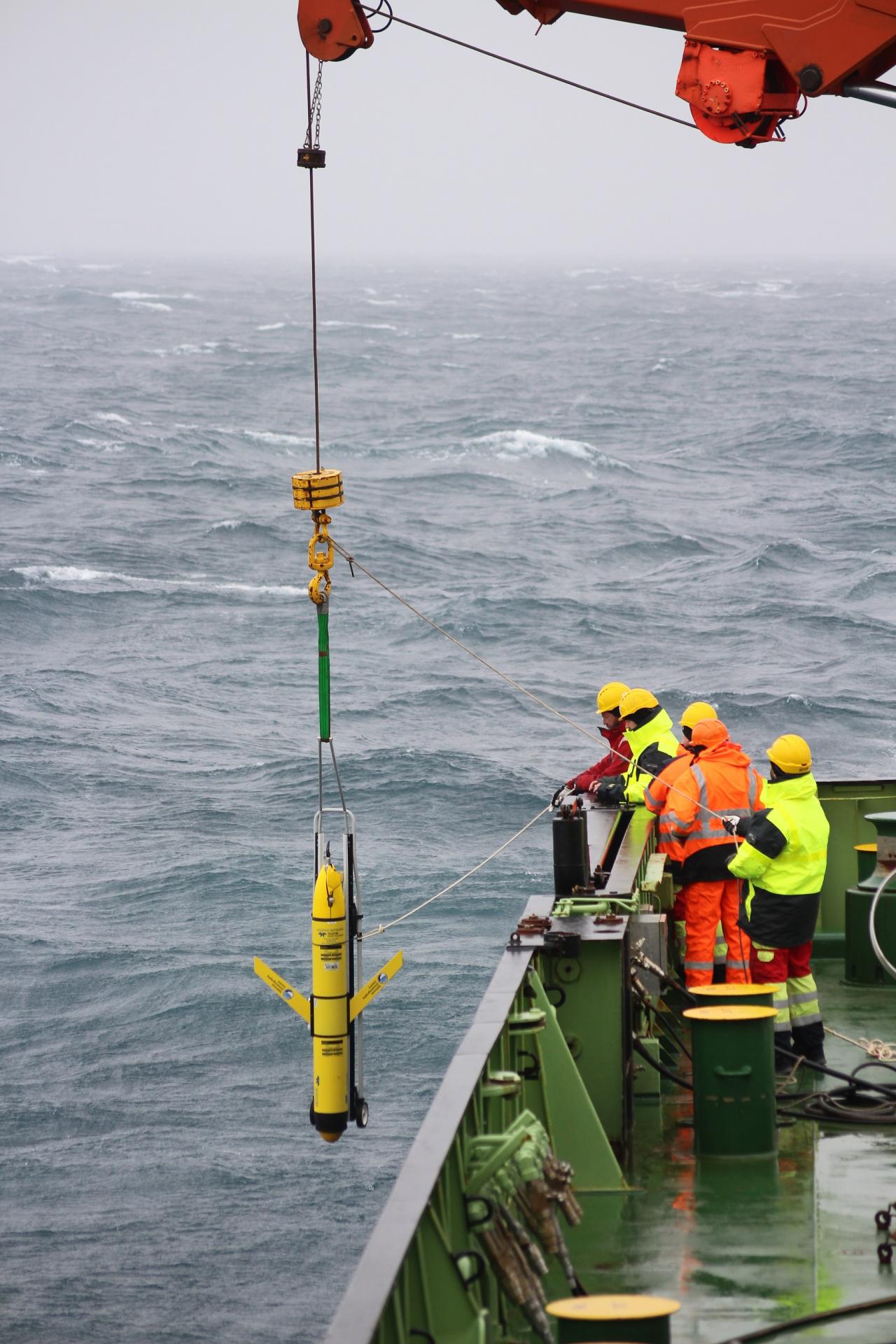 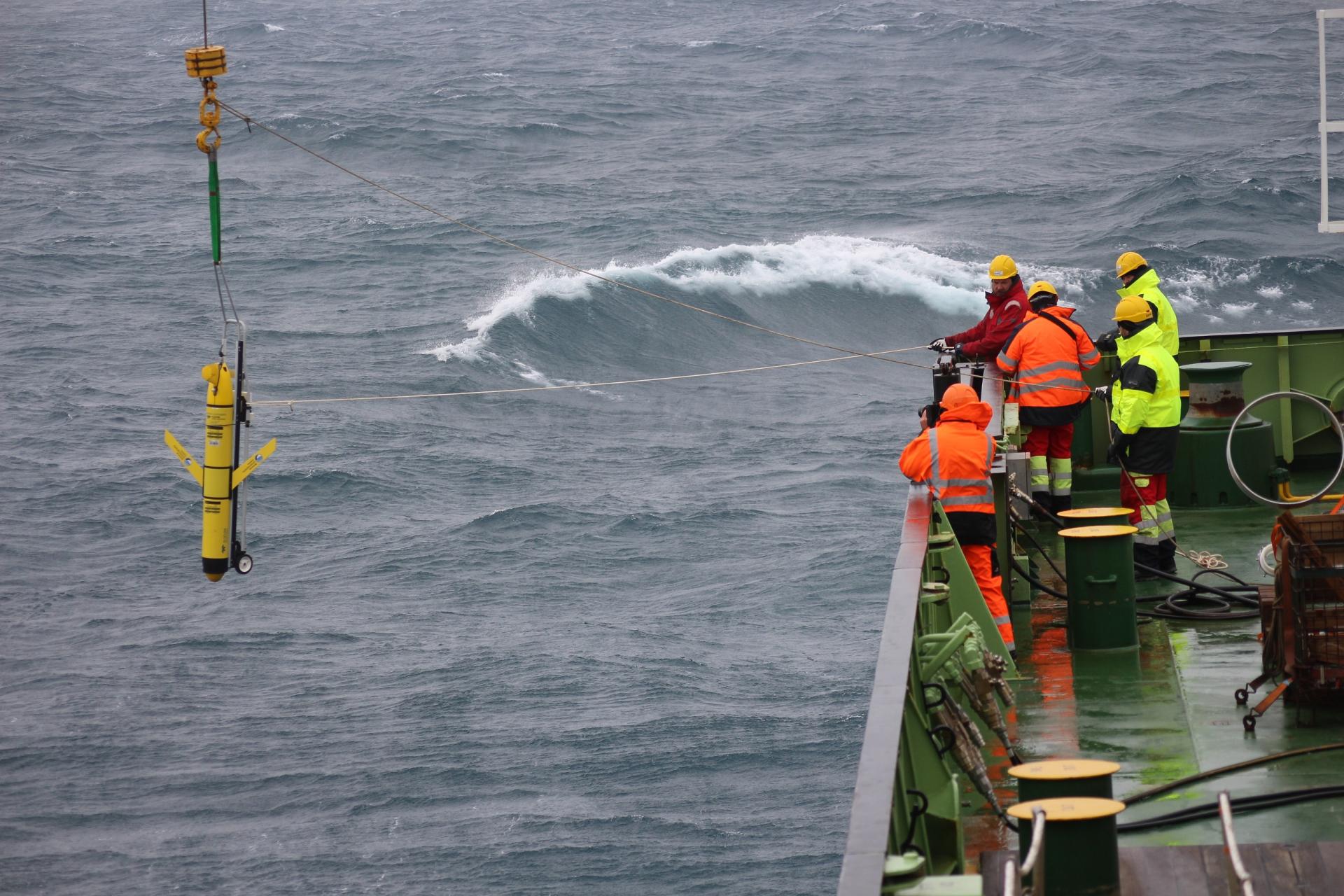 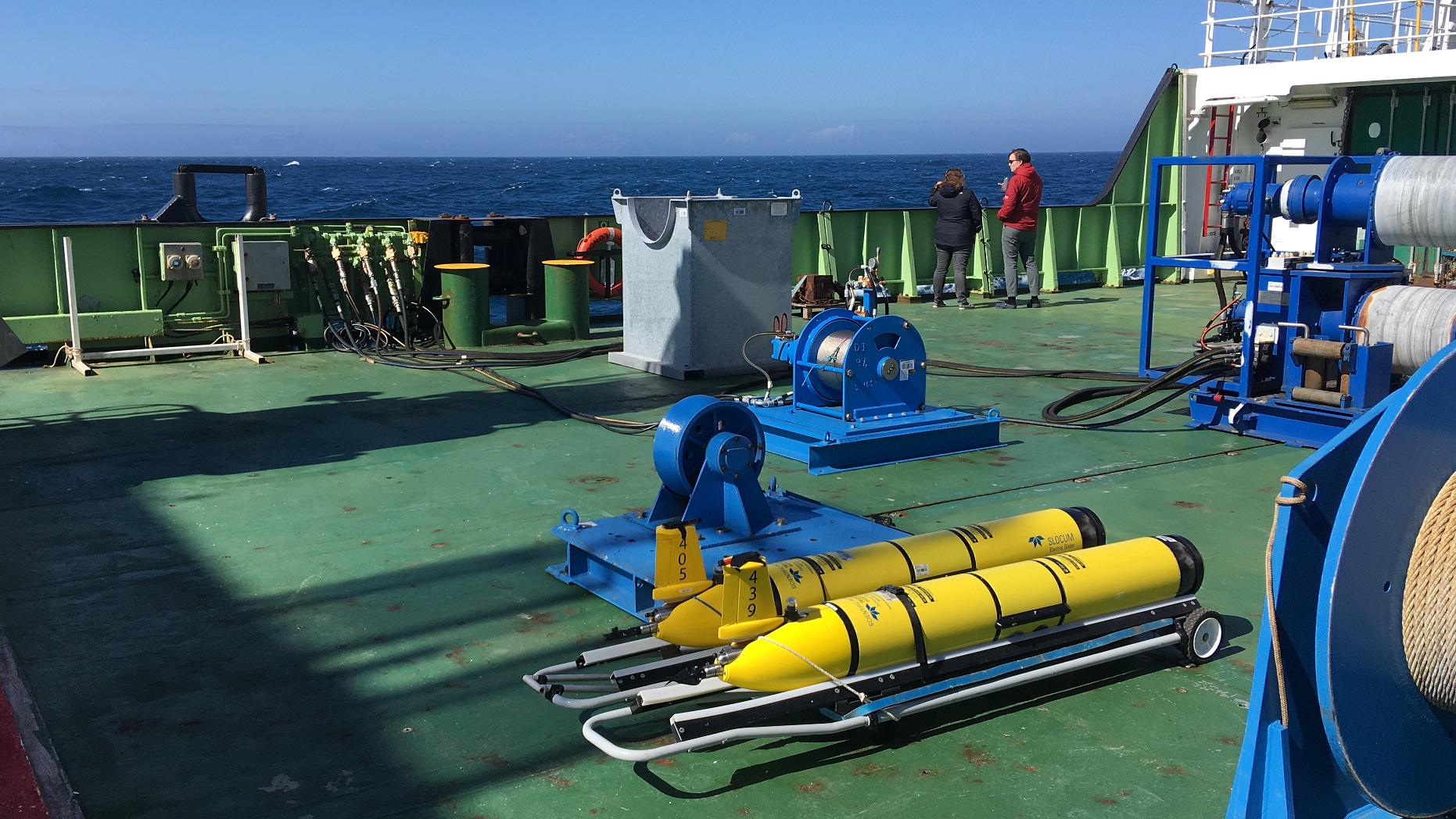 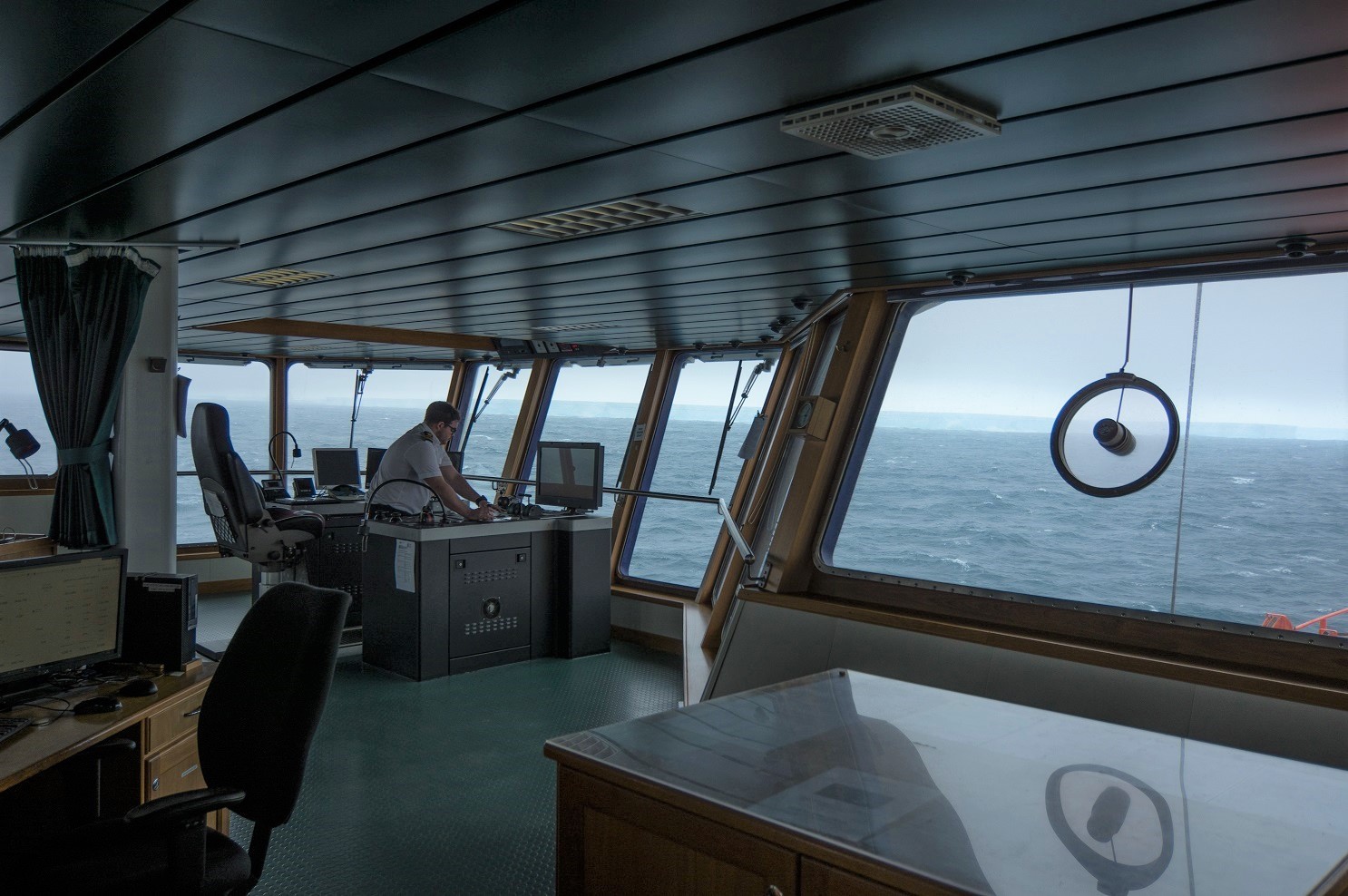 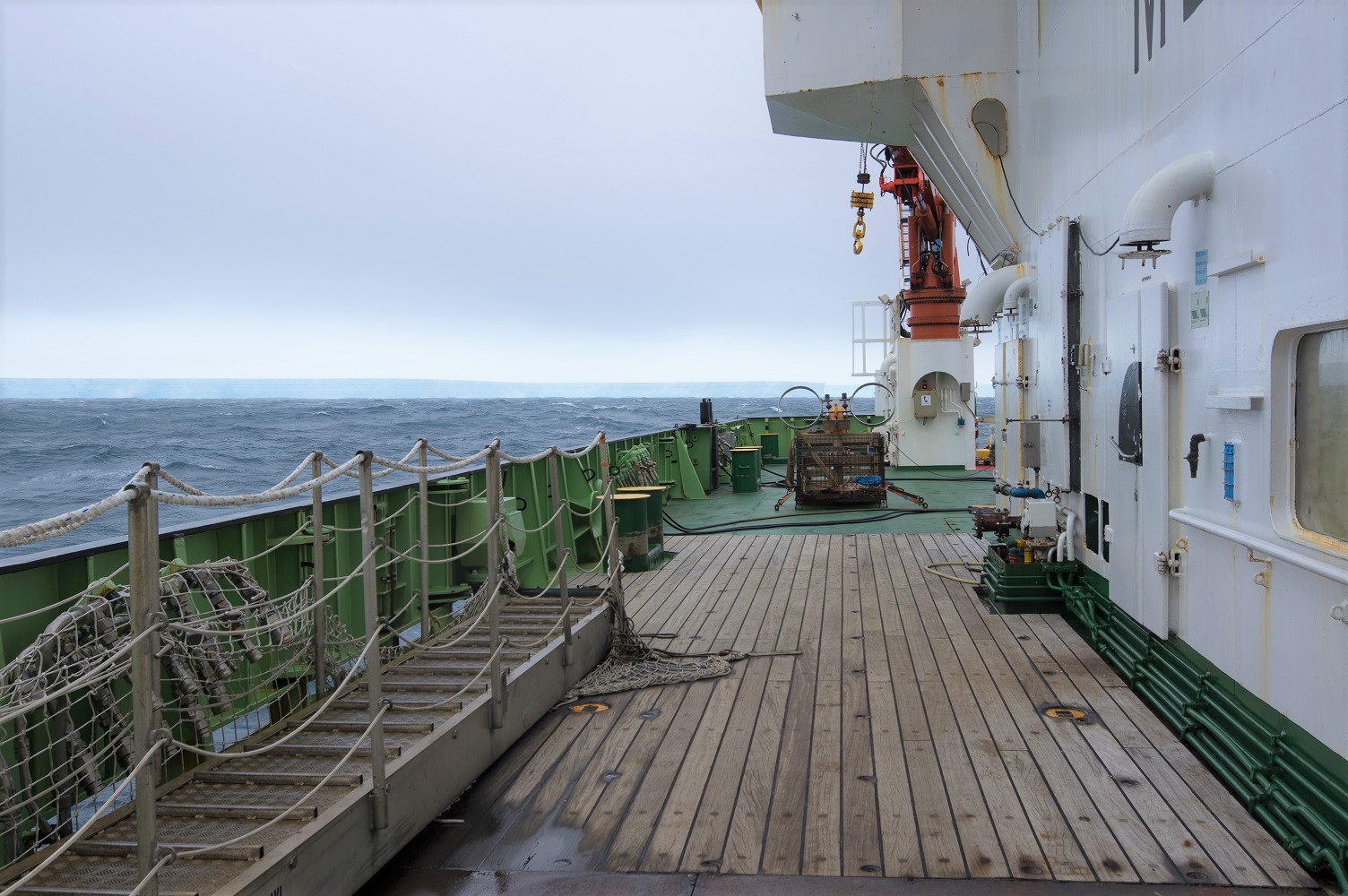 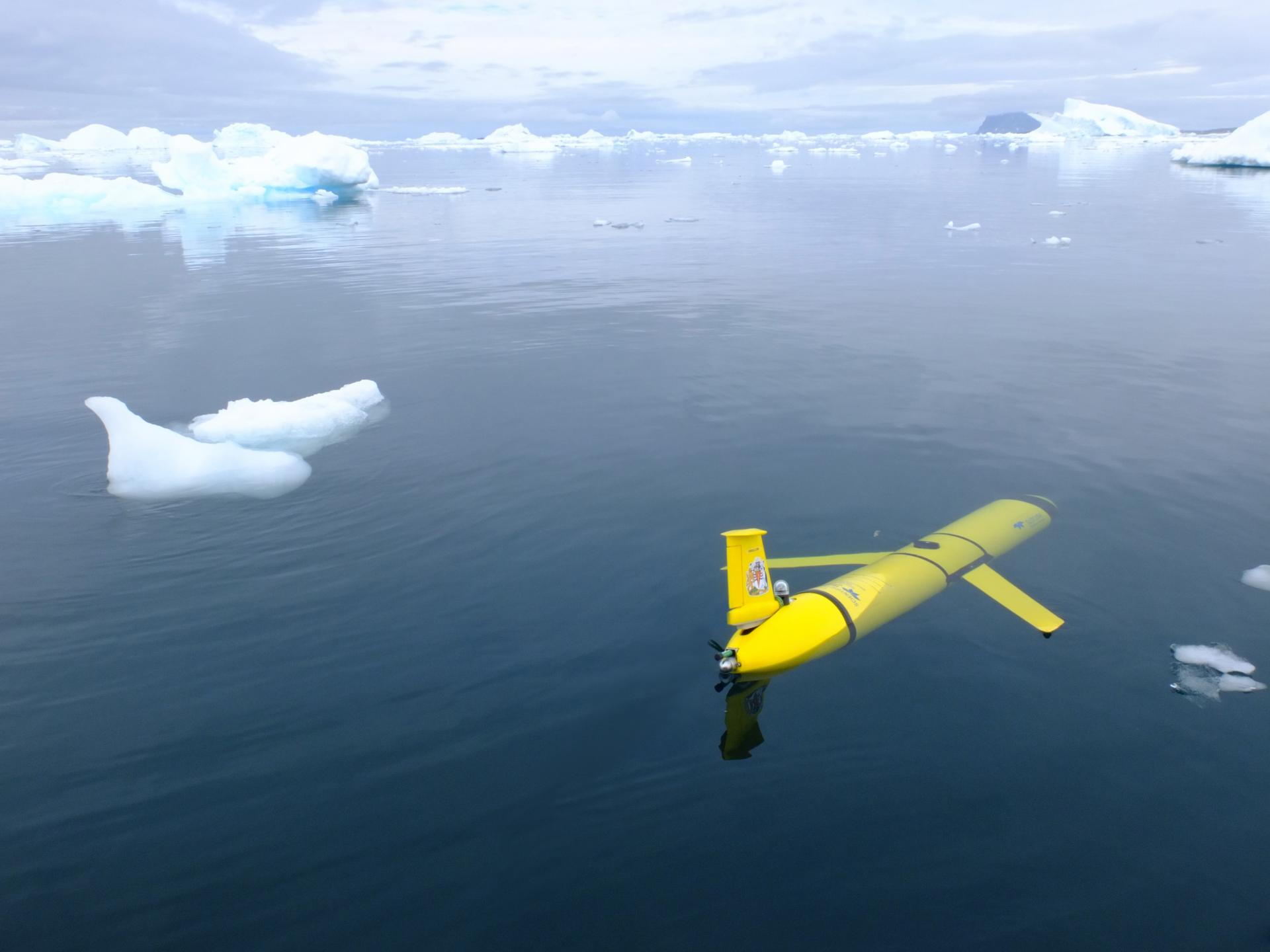