‘Boaty’ spent a total of 51 hours under the Antarctic ice, travelling 108 km over the duration of the deployment. The vehicle reached water depths of 944 m, and spent 20 hours exploring beneath a section of the ice shelf that was 550 m thick. 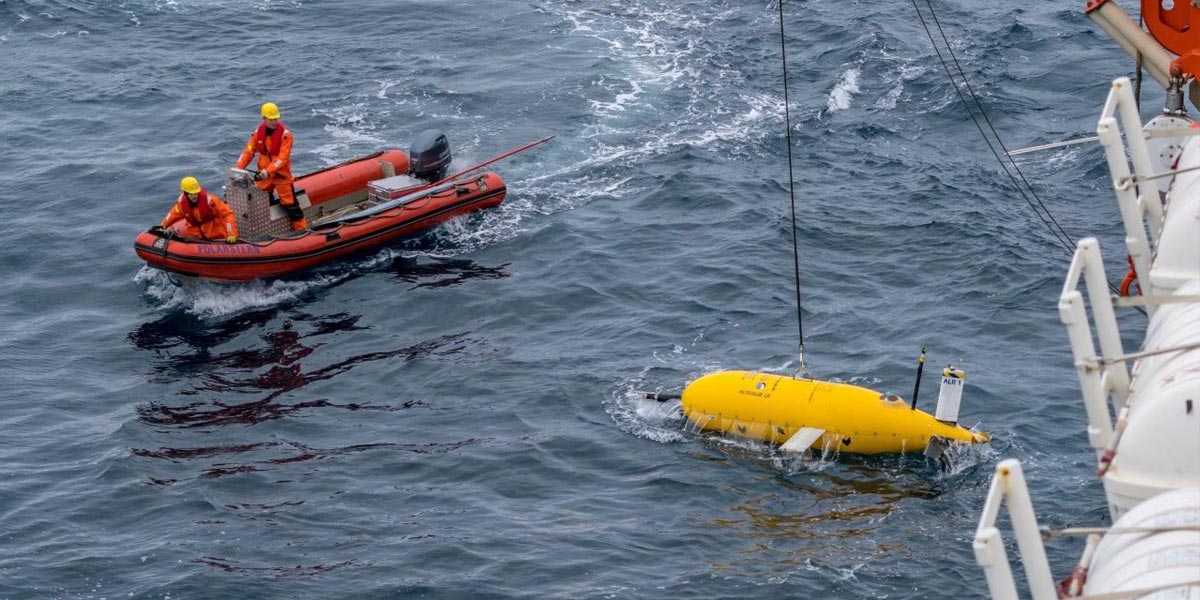 Boaty McBoatface is launched from the RV Polarstern.