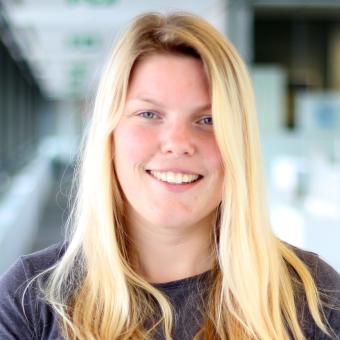 A key piece of the carbon cycle puzzle has been solved by scientists from the National Oceanography Centre (NOC), with the discovery of the mechanism underpinning more efficient carbon transfer in low oxygen zones.

This research, published in Nature Communications, suggests that the observed increase in efficiency is due to changes to zooplankton activity in low oxygen zones.

The storage of carbon in the ocean has a regulating effect on the climate and is increased by the sinking of tiny carbon-containing particles from the surface ocean. More efficient sinking in low oxygen zones has been previously observed, but until now the mechanism driving it had remained a mystery. If carbon-rich particles reach the deep ocean before they are degraded, the carbon they carry is stored away from the atmosphere in the deep ocean. In parts of the ocean where oxygen levels are high, zooplankton can easily eat or break up clumps of carbon rich material sinking from the surface ocean, therefore less carbon sinks to the deep ocean where it can be stored. When oceanic oxygen levels are low this zooplankton behaviour is changed, and particles sink deeper before being respired by bacteria.

This study is based on observations from a research expedition to the eastern equatorial Tropical North Pacific, led by Professor Mark Trimmer from Queen Mary, University of London.

Lead researcher, Dr Emma Cavan, who conducted this research at the NOC, said “It’s likely that fewer zooplankton go into low oxygen waters and those that do shut down some of their bodily functions because of the low oxygen concentrations, leading to the deeper sinking of carbon. In this study we show that in low oxygen waters carbon loss is predominantly by microbes, and not zooplankton.”

Co-author, Professor Richard Sanders, from the NOC also commented, “This is a really significant breakthrough. We have known for a long time that oxygen levels are somehow related to the depth material sinks before being degraded. However, the mechanisms underpinning this has remained elusive until today. Emma’s work, shows pretty conclusively that the zooplankton response to low oxygen levels is key, a finding that has opened up this field. It will pave the way for a raft of studies focusing on establishing the details of how this key climate sensitivity operates.”

Professor Mark Trimmer from Queen Mary, University of London added, “These first direct measurements have revealed incredibly rapid carbon recycling, especially in the elusive ‘slow’ sinking material, that helps us probe the dynamics of this organic rich layer in the upper ocean”.

This research combines measurements of the flux of carbon rich particles and estimates of microbial respiration of this material. The effects of this feedback on climate are complex and hard to predict, however the sensitivity of the climate to the behaviour of some of the smallest swimming organisms in the ocean means that understanding their lifecycles is now a high priority for future work.

This research was funded by the Natural Environment Research Council (NERC) via grant (NE/E01559X/1) awarded to Mark Trimmer and forms part of the ongoing collaboration between QMUL and NOC regarding the ocean carbon cycle.