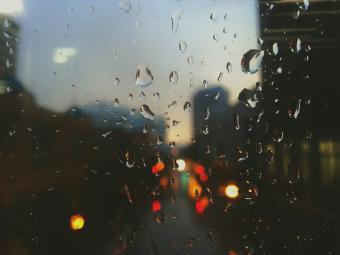 Research from the NOC and the University of Southampton have provided robust evidence that wet regions of the earth are getting wetter and dry regions are getting drier, but it is happening at a slower rate than previously thought.

The study, published in Scientific Reports, analysed the saltiness of the world’s oceans.

More rain and outflow from rivers in a region of an ocean means sea water gets diluted and therefore becomes less salty. More evaporation in another region takes away fresh water and leaves salt behind making that region more saline.

The researchers used measurements of salinity throughout the global and deep oceans over the last 60 years to estimate how much global rainfall is changing.

The researchers found that the regions, which are relatively wet, like Northern Europe are getting wetter and dry regions are getting drier, both by about 2% over the last 60 years. This process is called amplification of the water cycle.

Previous research indicates that amplification of the water cycle, is happening at 7% per 1°C of global warming. The new study estimates that amplification happens at about three to 4% per 1°C. The research team believe this is probably due to a weakening of the atmospheric circulation, which transports freshwater from the dry to wet regions of the globe.

NOC scientists have contributed to both the observational and modelling aspects of the global water cycle analysis reported in the paper, which was led by Nikolaos Skliris of the University of Southampton.

NOC scientist, George Nurser, who worked on the theory behind the paper, commented that “The simple but powerful theory applied here to historical observations supports model projections of how the global water cycle will respond to global warming”.

Simon Josey, also from the NOC, who contributed to the evaluation of how the flux of water between the ocean and the atmosphere varies between different datasets, added “Changes in the global water cycle have the potential for major impacts on society and the environment. So, it is a significant step forward in this new research to be able to reconcile model and observation based estimates of these changes.”

Although we have found that this process is happening slower than first thought, if global warming exceeds 3°C, wet regions will likely get more than 10% wetter and dry regions more than 10% drier, which could have disastrous implications for river flows and agriculture.

The agreement between climate models and observations over the recent past is another important finding of this study because it adds confidence to climate model projections of water cycle amplification under greenhouse gas emission scenarios.”

This research was funded by the Natural Environmental Research Council (NERC) CLAW project.