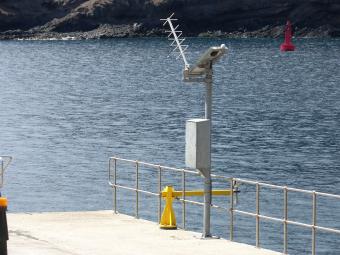 Scientists from the National Oceanography Centre (NOC) have contributed to The Met Office’s annual report ‘The State of UK Climate’, which revealed UK sea level has risen 16.5cm since 1901 (excluding land movement).

The report warns, however, that ‘due to ongoing issues with data quality there was not enough data to update the UK sea level index with a value for 2020’. NOC experts believe this highlights the ever-growing need for sustained observations as a way of providing the essential data required to inform decision-makers of climate and environmental policies about the oceans and how to tackle critical marine issues.

According to the report, the sea level index for 2019 was the highest on record but the data from the 2019 and 2018 values are based on only one of five stations used to calculate the UK sea level index, due to insufficient data from the other four stations. It also states that, ‘given issues with data availability in the network, a review of the method used to calculate the UK index may be required to derive an index based on the complete network of 42 stations maintained for flood warning, rather than restricting this to long‐running stations only’; something scientists at NOC believe needs to be addressed by global investment in ocean observation, monitoring and measurement.

Ed Hill, CEO of the UK’s National Oceanography Centre, who manage the global database of average sea levels from tide gauges all around the world, commented: “Deterioration of the quality of sea-level data around the British Isles for climate studies has been a matter of growing concern. The present network of 42 sea level monitoring sites is maintained mainly for flood warning but a smaller number are supposed to be operated to higher standards to contribute to the Global Sea Level Observing System and are used to calculate the UK sea level index.

“New technologies are now available that mean accurate sea level measurements can be made at lower costs once installed, and I welcome plans to invest in upgrading the UK’s five sea level index sites as a priority.

“No doubt it will come as a surprise to many that accurate monitoring of climate quality coastal sea level rise is not reliably sustained. However, it’s the tip of an iceberg and continuous sensing of many other, but less obvious, essential ocean variables is also a concern.

“As the Head of the World Health Organisation said about the importance of COVID testing and tracking; ‘You cannot fight a fire blindfolded’. The same is true for understanding and solving the impacts of climate change and loss of biodiversity in the ocean, because you cannot manage what you cannot measure. There needs to be a complete rethink of monitoring of the global ocean, including tracking carbon dioxide absorption, the speed at which ocean waters are warming, becoming more acidic and losing their dissolved oxygen, changes in the global conveyor belt circulation, and the impacts on the health of marine life.

“Ocean sensing networks need to be viewed as a globally shared infrastructure to provide the data needed to tackle the big global challenges of the ocean’s role in regulating climate and to reverse the cycle of decline and restore the health of the ocean. At least UK sea level measurements are maintained continuously for flood warning, but a lot of other essential data is supported only by a succession of short-term research projects and not managed as the critical data infrastructure needed.”