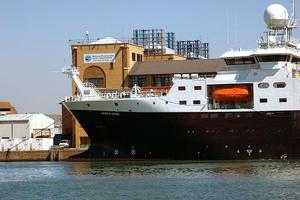 The National Oceanography Centre (NOC) is working in partnership with Surrey Satellite Technology Ltd (SSTL) to demonstrate the capability of space-borne GNSS-Reflectometry for ocean wind and wave monitoring. Proof-of-concept was established by SSTL and NOC in 2003 using the first-ever spaceborne GNSS-R data collected from a Low-Earth-Orbiting platform, SSTL’s UK-Disaster Monitoring Constellation (UK-DMC) satellite.

This workshop will be held at the National Oceanography Centre in Southampton – from 09:00 to 16:00.

This event is free.