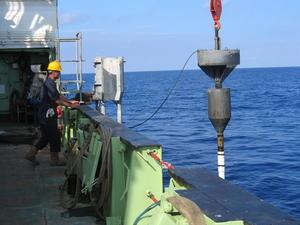 The risk posed by tsunami waves generated by Canary Island landslides may need to be re-evaluated, according to researchers at the National Oceanography Centre. Their findings suggest that these landslides result in smaller tsunami waves than previously thought by some authors, because of the processes involved.

The researchers used the geological record from deep marine sediment cores to build a history of regional landslide activity over the last 1.5 million years. They found that each large-scale landslide event released material into the ocean in stages, rather than simultaneously as previously thought.

The findings – reported recently in the scientific journal Geochemistry Geophysics Geosystems – can be used to inform risk assessment from landslide-generated tsunamis in the area, as well as mitigation strategies to defend human populations and infrastructure against these natural hazards. The study also concluded that volcanic activity could be a pre-condition to major landslide events in the region.

The main factor influencing the amplitude of a landslide-generated tsunami is the volume of material sliding into the ocean. Previous efforts, which have assessed landslide volumes, have assumed that the entire landslide volume breaks away and enters the ocean as a single block. Such studies – and subsequent media coverage – have suggested an event could generate a ‘mega-tsunami’ so big that it would travel across the Atlantic Ocean and devastate the east coast of the US, as well as parts of southern England.

The recent findings shed doubt on this theory. Instead of a single block failure, the landslides in the past have occurred in multiple stages, reducing the volumes entering the sea, and thereby producing smaller tsunami waves. Lead author Dr James Hunt explains: “If you drop a block of soap into a bath full of water, it makes a relatively big splash. But if you break it up into smaller pieces and drop it in bit by bit, the ripples in the bath water are smaller.” 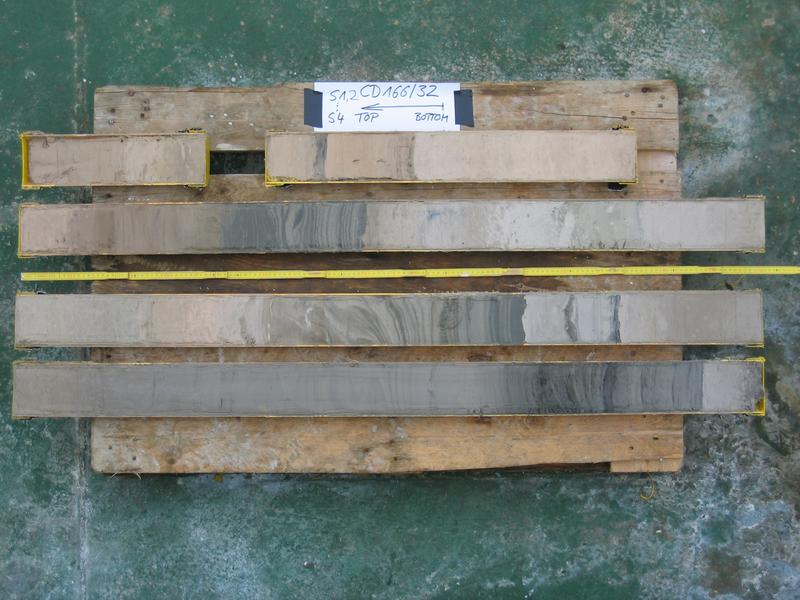 The scientists were able to identify this mechanism from the deposits of underwater sediment flows called turbidity currents, which form as the landslide mixes with surrounding seawater. Their deposits, known as ‘turbidites’, were collected from an area of the seafloor hundreds of miles away from the islands. Turbidites provide a record of landslide history because they form from the material that slides down the island slopes into the ocean, breaks up and eventually settles on this flatter, deeper part of the seafloor.

However, the scientists could not assume that multistage failure necessarily results in less devastating tsunamis – the stages need to occur with enough time in between so that the resulting waves do not compound each other. “If you drop the smaller pieces of soap in one by one but in very quick succession, you can still generate a large wave,” says Dr Hunt.

Between the layers of sand deposited by the landslides, the team found mud, providing evidence that the stages of failure occurred some time apart. This is because mud particles are so fine that they most likely take weeks to settle out in the ocean, and even longer to form a layer that would be resistant enough to withstand a layer of sand moving over the top of it. 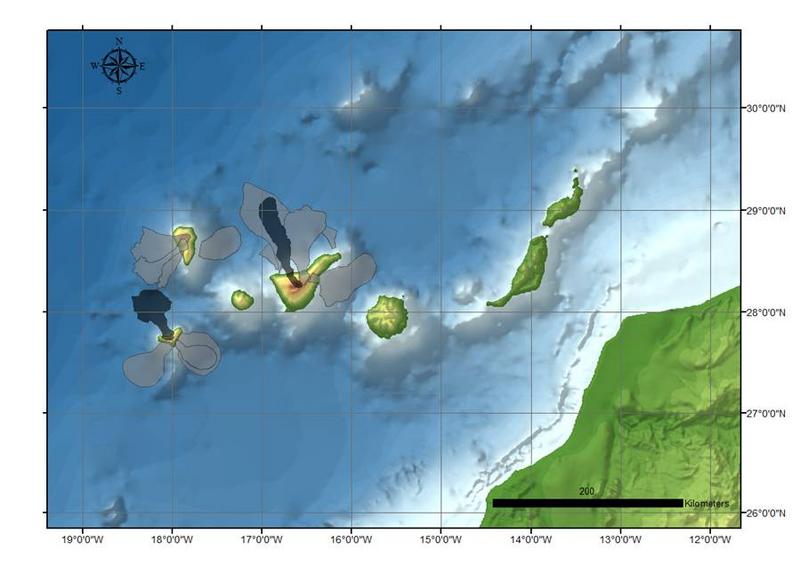 While the authors suggest that the tsunamis were not as big as originally thought, they state that tsunamis are a threat that the UK should be taking seriously. The Natural Environment Research Council (NERC) is investing in a major programme looking at the risk of tsunamis from Arctic landslides as part of the Arctic Research Programme, of which NOC is the lead collaborator. The EU have also just funded a £6 million FP7 project called ASTARTE, looking at tsunami risk and resilience on the European North Atlantic and Mediterranean coasts, of which NOC is a partner.

The current study was funded by NERC, through a NOC studentship.