A storm surge on 3 Jan 2014 in the Irish Sea (similar to the recent one on 5 December 2013) raised the sea surface above the astronomical tide level by 0.75 metres to 1 metre over a large area.

NOC scientists have developed computer models to predict the occurrence of storm surges. These models run on supercomputers at the UK Met Office and are a critical part of today’s coastal flood warning system.

As in the surge of December 2013, our model runs predicted the surge and its approximate height (see plot below). 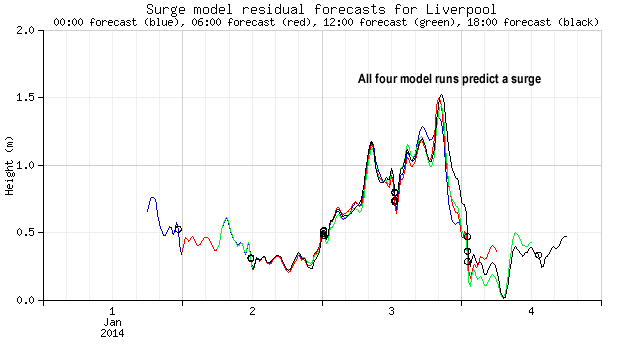 The near real-time data from the tide gauge at Liverpool show the predicted tide level and the observed clearly showing the surge (see plot below). 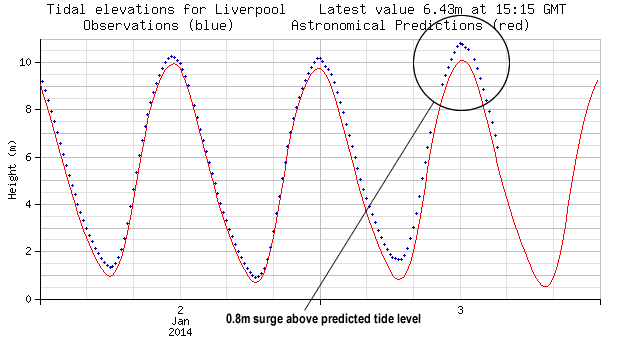 Photographs of storm surge in Irish Sea on 3 Jan 2014 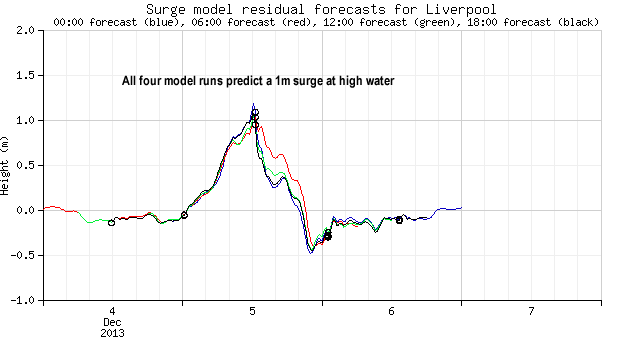 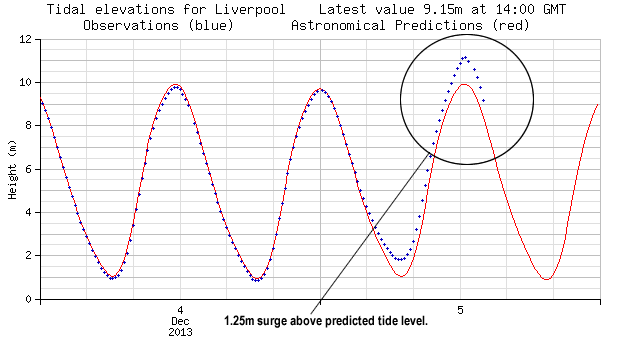 Photographs of storm surge in Irish Sea on 5 December 2013

The impacts of the storm surge could be seen at Hoylake in Wirral, close to NOC's Liverpool Centre -

Overnight on the 5–6th December 2013 the east coast of the UK took a battering from high winds and storms surges. NOC model runs and tidal observations show the 2m storm surge at Lowestoft in Suffolk. 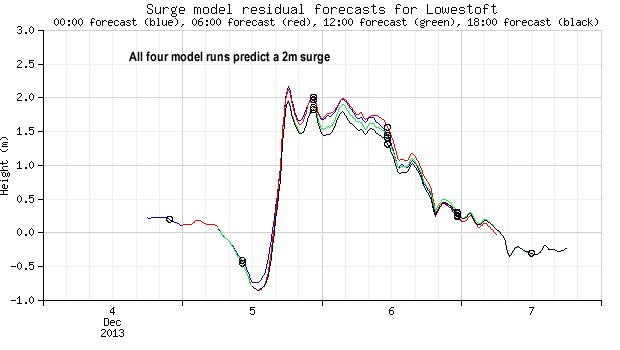 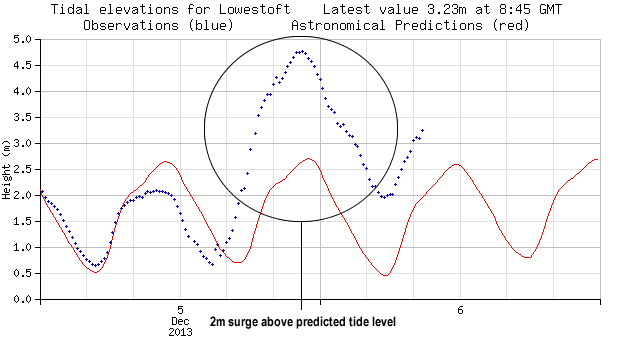 During the night of 31 January 1953, coastal flooding caused the loss of 307 lives in East Anglia. The same event was responsible for a further 1795 fatalities in the Netherlands. The disaster prompted the British government to install the Thames Barrier. The Dutch commissioned a vast coastal defence project called The Delta Works.