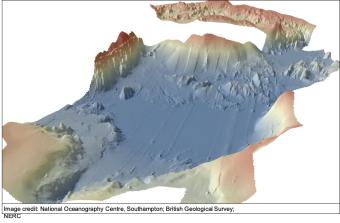 For the first time, scientists have been able to study the deposits of a volcanic island landslide-tsunami immediately after the incident with the benefit of modern acoustic equipment.

Dr James Hunt from the National Oceanography Centre (NOC), in partnership with Professor Dave Tappin from the British Geological Survey, have produced the first marine survey results of the 22 December 2018 landslide at Anak Krakatau, in Indonesia, that created the deadly ‘silent’ tsunami that affected Sumatra and Java.

In August 2019, an interdisciplinary, multinational team led by Dr Hunt and Professor Tappin, mapped the seafloor in the Krakatau caldera. The survey used sonar to map the seafloor surface, while a seismic reflection method was used to look beneath the seafloor. This research showed the large submarine deposit of the 2018 Anak Krakatau landslide and its internal structure, while also revealing its full size and manner of emplacement on the seafloor. The findings from this are published in the journal Nature Communications paper entitled: “Submarine landslide mega blocks show half of Anak Krakatau island failed on December 22nd, 2018”.

The team was also involved in analysing satellite images and photographs to study the landslide event above sea level. By analysing the satellite images (particularly from COSMO-SkyMed) and photographs, the scientists were able to explain the full extent of the subaerial collapse. The team calculate that half the island failed, indicating a much more extensive failure than first thought. The satellite images also showed the loading of the southwest flank of Anak Krakatau with lava and ejecta in the months before the landslide. At the same time deformation, faulting and gas venting were found to have occurred on the island and delineated the location and aerial extent of the failure. These processes may have also ultimately contributed to the later flank collapse.

Putting this event into perspective, the landslide was large enough (0.214 km3) to bury the City of London to around the height of St Paul’s Cathedral. Blocks from the landslide rose to 90 metres above the seafloor and travelled over one and a half kilometres away from the island. The findings also showed that the large blocks eroded down into the seafloor and produced an additional debris flow that ran out into the basin. However, astonishingly the debris flow and parts of the landslide are now buried beneath up to 18 metres of eruptive materials. The team discovered that while post-event eruptions produced materials to rebuild the island, most of the material produced was actually deposited on the seafloor. This supported the need to survey the landslide as soon as possible before it was buried or modified in such a dynamic environment.

Dr James Hunt, marine sedimentologist and Senior Staff Researcher at NOC, said: “Our research has allowed us to explain the size and failure mechanism of the 2018 landslide at Anak Krakatau. This is the first time that a volcanic island landslide-tsunami has been studied using satellite images and seafloor mapping in such detail. The last similar event was the landslide-tsunami at Ritter Island that took place in 1888.

“By characterising the landslide deposits and mapping the seafloor, we have been able to gain a better understanding of how the southwest flank of Anak Krakatau failed. This knowledge means that we can better model the tsunami that was generated from it, providing a benchmark for such activities. This information may in-turn allow us to better design hazard mitigation strategies.” 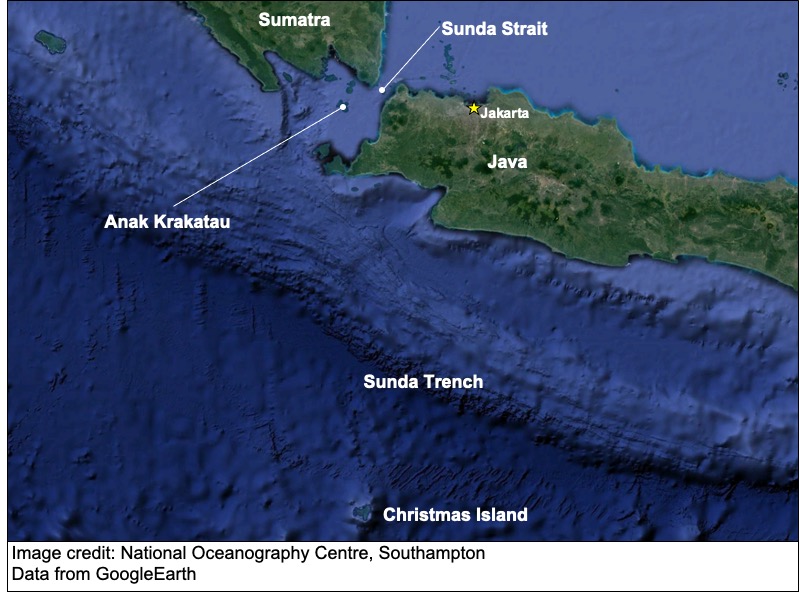 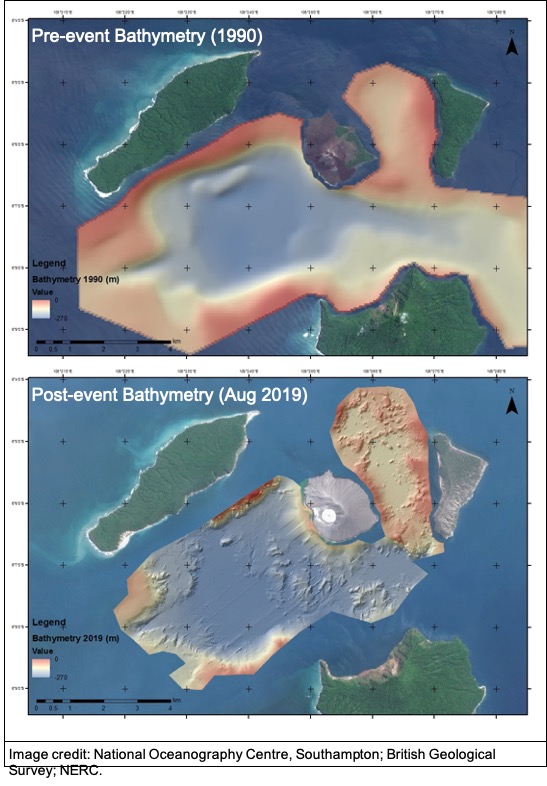 Bathymetry before and after landslide [image]

Satellite images before and after half the island collapsed [image] 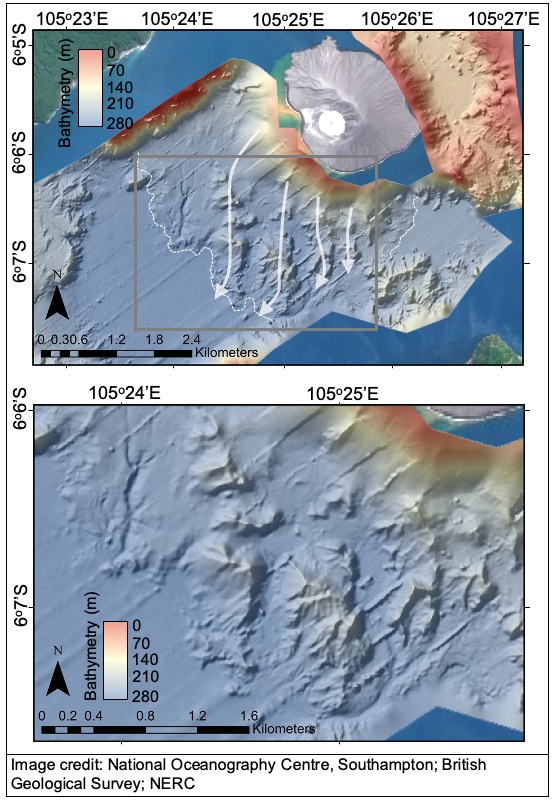 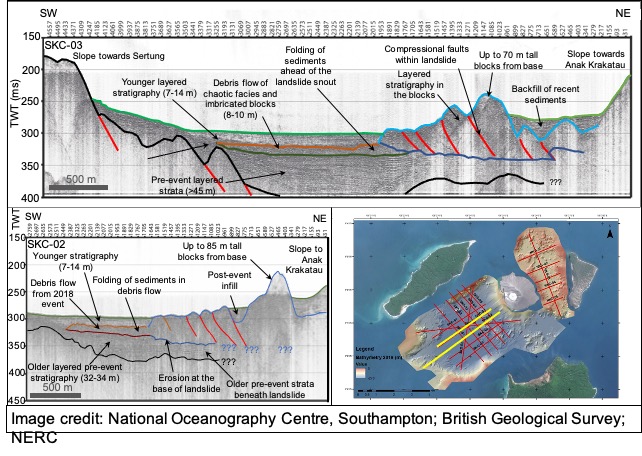 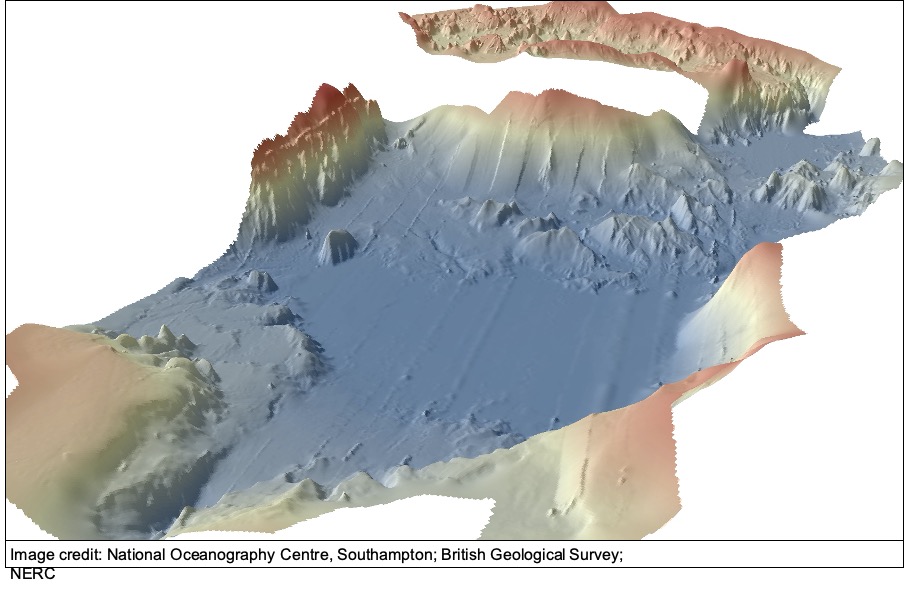 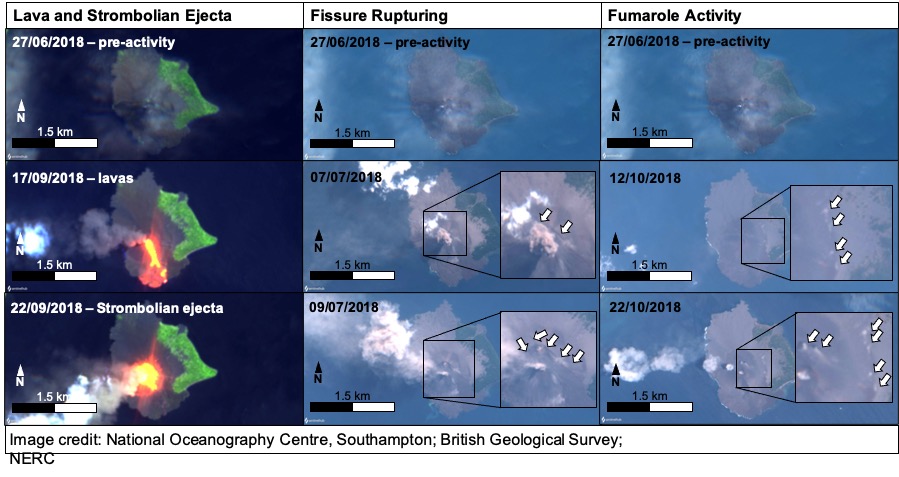