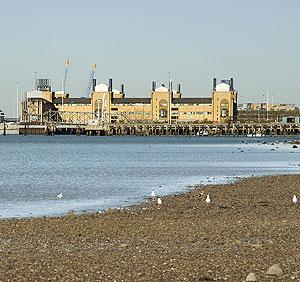 Monday 30 March – A Workshop to Review Requirements and Options for an Operational Service – National Oceanography Centre in Southampton.

Sea Level Space Watch is a short-term project, funded by the UK Space Agency under the Space for Smarter Government Programme. The project is developing a prototype service, to support national flood defence planning, which will provide systematically updated sea level advice around the UK using data from space-borne altimeters in combination with tide gauges.

The initial phase of Sea Level Space Watch comprises a demonstration service based on data from European Space Agency Envisat mission plus the current AltiKa altimeter, covering the period 2003-2012. There is potential to extend the time series back in time (to 1991) with ERS-1 and -2 data, and to bring it right up to date by adding data from recent satellite missions and from future planned missions (e.g., Sentinel series) when launched.

The UK Sea Level SpaceWatch service will complement and supplement the UK Climate Projections (UKCP09) observed climate data for sea level and the MCCIP (Marine Climate Change Impacts Partnership) reports, providing the latest figures on observed sea level around the UK in a rolling archive. The availability of shorter-term (one year) estimates of the sea level rise rate next to the longer-term rates gives planners the opportunity to verify the regional variability of sea level around the UK at multiple time scales and the presence of any significant inter-annual changes.

At the workshop we will present the prototype Sea Level Space Watch service, review its capability in the context of user’s needs, and discuss implementation of a possible operational sea level advice service aimed at supporting long term planning and risk management. We would also like to consider the potential for implementation overseas at key locations at high risk from flooding / sea level rise.