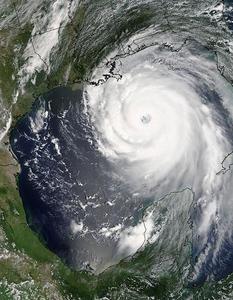 A new online resource which will help coastguards, meteorological organisations and scientific communities predict future storm surge patterns has been created, with scientists from the National Oceanography Centre (NOC) playing a central role in its development.

The freely-accessible database of storm surge data has been compiled through the multi-partner, international eSurge project, which was launched in 2011 with the aim of making available observational data to improve the modelling and forecasting of storm surges around the world using advanced techniques and instruments.

Coastal altimetry, which provides detailed wave and sea level data in the coastal zone captured by specialist instruments called radar altimeters on board satellites, is at the heart of the project and scientists from NOC have been at the cutting-edge of this technique.

Raw data collected from altimeters have been re-processed and collated with wind speed data from scatterometers and sea level measurements from tide gauges, to show the spatial structure of each storm. With eSurge, forecasters and scientists can now download these enhanced data and use them for validating their storm surge models and for mapping future storms more accurately.

Dr Paolo Cipollini from NOC explained: “When a satellite altimeter overpasses the area affected by a surge, it gives us a unique profile of the water surface level from offshore to the coast, as well as concurrent measurements of wave height. This information is extremely useful to validate the surge models used for forecasts. Even when there doesn’t happen to be an overpass at surge time, the statistics of sea level that we got from more than 20 years of repeated altimetric observations in the area can still be combined with data from nearby tide gauges to improve the forecasts of the expected surge.”

This is the first time that such a detailed level of storm information has been collated and demonstrated as one comprehensive online resource. Data from around 200 storms spanning more than 10 years is now accessible, including major events such as Hurricane Katrina, which devastated New Orleans in the USA in 2005, Typhoon Haiyan in the Philippines – one of the strongest tropical cyclones ever recorded – and the major winter storm that caused widespread flooding in the UK in December 2013.

The eSurge project, which is funded by the European Space Agency, has also demonstrated the feasibility of offering near-real time data about recent and predicted storms, which can be viewed on the new eSurgeLive web page.

Findings of the three year project were presented at a symposium hosted in the Netherlands in January 2015. The partners are now looking at the possibility of extending the project and further developing the eSurge resource into a fully-operational, permanent service in the future.

As well as providing and analysing data for the eSurge project, NOC has also played a key role in opening up the findings to a wider global audience. In addition to providing data, scientists at NOC have also helped to build an online storm surge community, which enables scientists, storm modellers and users around the world to be better connected.

More information can be found on the eSurge website.