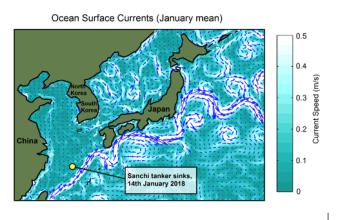 An updated emergency ocean model simulation shows that waters polluted by the sinking Sanchi oil tanker could reach Japan within a month.

The new simulation also shows that although pollution is most likely to reach the Japanese coast, it is also likely to affect Jeju Island, with a population of 600,000. However, the fate of the leaking oil is highly uncertain, as it may burn, evaporate, or mix into the surface ocean and contaminate the environment for an extended duration.

These latest predictions have been made possible by new information about where the Sanchi oil tanker finally sank. Based on this update, the team of scientists from the National Oceanography Centre (NOC) and the University of Southampton have run new ocean model simulations to assess the potential impact of local ocean circulation on the spread of pollutants. These simulations were run on the leading-edge, high-resolution global ocean circulation model, NEMO.

The Sanchi tanker collision originally occurred on the border between the Yellow and East China seas, an area with complex, strong and highly variable surface currents. However, in the following week, the stricken tanker drifted before sinking much closer to the edge of the East China Sea, and to the major western boundary current known as the Kuroshio Current.

The predictions of these new simulations differ significantly from those released last week, which suggested that contaminated waters would largely remain offshore, but could reach the Korean coast within three months. Using the same methods, but this new spill location, the revised simulations find that pollution may now be entrained within the Kuroshio and Tsushima currents.

These currents run adjacent to the northern and southern coasts of southwestern Japan. In the case of contaminated waters reaching the Kuroshio, the simulations suggest these will be transported quickly along the southern coasts of Kyushu, Shikoku and Honshu islands, potentially reaching the Greater Tokyo Area within 2 months. Pollution within the Kuroshio may then be swept into deeper oceanic waters of the North Pacific.

The revised simulations suggest that pollution from the spill may be distributed much further and faster than previously thought, and that larger areas of the coast may be impacted. The new simulations also shift the focus of possible impacts from South Korea to the Japanese mainland, where many more people and activities, including fisheries, may be affected.

Leading this research, Dr Katya Popova from the National Oceanography Centre, said: “Oil spills can have a devastating effect on the marine environment and on coastal communities. Strong ocean currents mean that, once released into the ocean, an oil spill can relatively rapidly spread over large distances. So understanding ocean currents and the timescale on which they transport ocean pollutants is critical during any maritime accidents, especially ones involving oil leaks.”

The team of scientists involved in this study ‘dropped’ virtual oil particles into the NEMO ocean model and tracked where they ended up over a three month period. Simulations were run for a series of scenarios of ocean circulation typical for the area the oil spill occurred in, and for this time of year. This allowed the scientists to produce a map of the potential extent of the oil spill, showing the risk of oil pollutants reaching a particular part of the ocean.

However, Stephen Kelly, the University of Southampton PhD student who ran the model simulations, said: “There was a high level of variation between different scenarios, depending on a number of factors. Primarily the location of the original oil spill and the way in which atmospheric conditions were affecting ocean circulation at that time.”

NOC scientist, Dr Andrew Yool, who collaborated in this study, discussed how the approach used during these model simulations could help optimise future search and recovery operations at sea by rapidly modelling oil spills in real-time. He said: “By using pre-existing ocean model output we can estimate which areas could potentially be affected over weekly to monthly timescales, and quickly at low computing cost. This approach complements traditional forecast simulations, which are very accurate for a short period of time but lose their reliability on timescales that are required to understand the fate of the spill on the scale from days to weeks.” 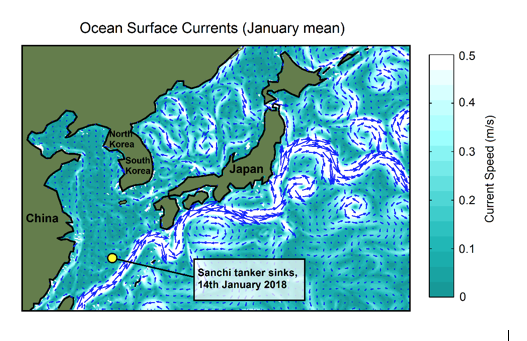 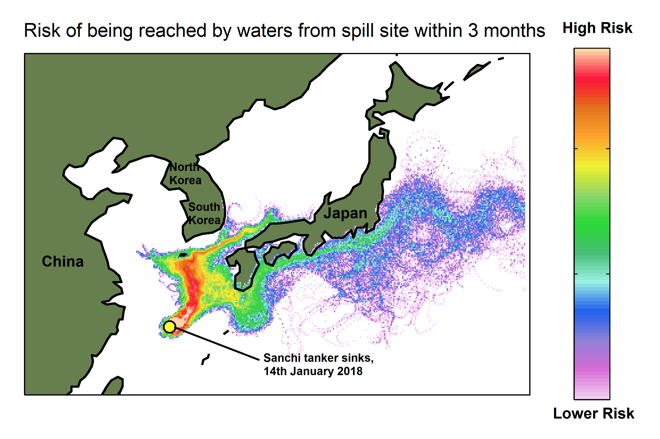 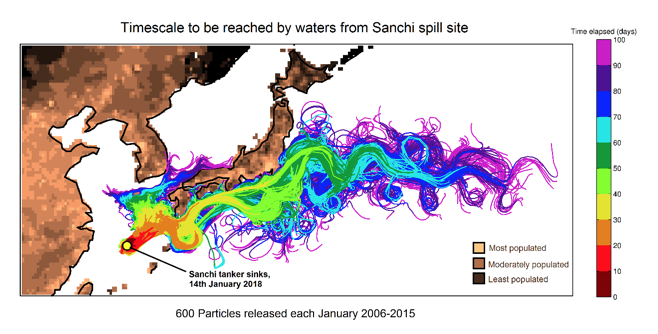