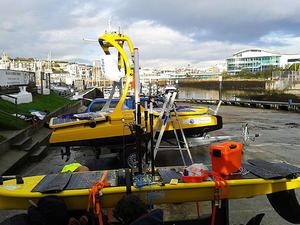 Three marine ‘robot’ vehicles have been launched from Plymouth today to undertake a fish tracking mission in and around new Marine Protected Areas (MPAs). The aim is to learn how fish use these areas on a day-to-day basis.

Scientists from the Marine Biological Association (MBA) and engineers from the National Oceanography Centre (NOC) are working together on this pioneering project. 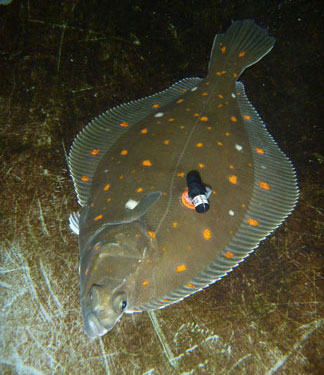 Using acoustic ‘pingers’, plaice, sole, brill, and rays are being tracked at sea by the ocean robots programmed to patrol a large area of the MPAs there are also a number of seabed listening stations which work in concert with the ocean robots.

The three autonomous vehicles – AutoNaut, C-Enduro and the SV3 Waveglider – are all carrying a range of sensors to collect additional data on the physical properties of the ocean, such as water temperature and salinity. On-board GoPro cameras will also capture valuable photographs and video footage of seabirds and other marine life.

Dr Stephen Cotterell, of the Marine Biological Association, is leading the project and commented “This technology will give us a new dimension in our understanding of fish movements, residency and migrations in and around the marine protected areas off Plymouth. Understanding how fish use MPAs will be vital in understanding the value of these management tools to conserve fish stocks. One of the aims of the EU Marine Strategy Framework Directive is achieving sustainable fisheries, through an ecologically coherent network of MPAs. We just don’t know enough yet about how effective MPAs are for mobile species. With this work we aim to get somewhere closer”.

The second phase of the project is expected to last until mid-November and follows the highly successful first phase, which saw five marine robots travelling for hundreds of kilometres off the Isles of Scilly to collect ocean and meteorological data.

Dr Maaten Furlong, Head of the NOC’s Marine Autonomous Robotics Systems group said “This second phase builds on the success of Phase 1 and allows us to test the vehicle fleet in coastal waters. Using autonomous surface vehicles in combination with fixed seabed assets significantly enhances the scientific value of the system.”

The two-phase project is the largest deployment of marine autonomous systems ever seen in the UK and will provide valuable information about the shelf seas, marine life and the scope for autonomous vehicles in future research projects.