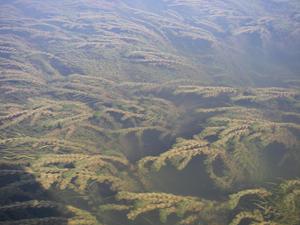 Restoration is an issue for many governments.

Efforts to restore the environment of Chesapeake Bay, one the largest estuaries in the world, are paying dividends according to new research. The findings suggest that reduced nutrient inputs and improved water clarity have resulted in increased abundance and diversity of submerged vegetation, with reductions in the proportion of exotic species.

Like many estuaries around the world, Chesapeake Bay has suffered from environmental degradation due to excess nutrients resulting from human activities such as sewage effluent discharge. However, its drainage basin covers 165,000 square kilometres spanning six states and it receives nutrients from many sources, making restoration a difficult and costly undertaking.

“People want to know that money spent on ecosystem restoration is having tangible results, but many feel that efforts to clean up Chesapeake Bay have so far had limited success,” said researcher Dr Henry Ruhl of the National Oceanography Centre in Southampton, UK.

“Major upgrades to the wastewater treatment plant have paid off. Reduction in nutrients seems to improve the odds of having a diverse plant community,” said Nancy Rybicki, of the US Geological Survey who has been conducting research on the Potomac since 1978.

Ruhl and Rybicki investigated the dynamics of submerged aquatic vegetation (SAV) and assessed water quality in the Potomac River, a major tributary of Chesapeake Bay, over a period of 18 years (1990–2007).

They found evidence that improved water quality in the Potomac River resulting from restoration efforts such as modifications to waste water treatment plants has greatly benefited SAV habits in the river from Washington DC to about 90 kilometres downstream.

Nutrient levels and the amount of suspended solids have fallen, allowing more light to penetrate the water. Native species now flourish in many SAV habitats, competing successfully with exotic species. Over a dozen species of SAV, including the exotic hydrilla, co-exist in this reach of the Potomac that was almost barren in a 1978–1981 survey conducted by the US Geological Survey.

This is good for biodiversity because SAV habitats, which are in decline worldwide, are critical for a range of wildlife, including invertebrates, fish and waterfowl.

However, the news is not all good. While restoration efforts have led to a recovery of SAV communities in the Potomac estuary, water quality has declined in other parts of Chesapeake Bay, and the researchers lament that overall nutrient reduction and SAV restoration goals have not been met.

But there is reason for optimism.

“Our results suggest that widespread recovery of submerged vegetation abundance and diversity can be achievable if restoration efforts are enhanced across the Bay,” says Ruhl. “There are many other estuaries globally where nutrients have been identified as contributing to SAV habitat decline, so restoration is an issue for many governments.”

The study was supported by USGS National Research Program; Chesapeake Bay Program; U.S. Army Corps of Engineers, Baltimore; the Metropolitan Washington Council of Government’s Aquatic Plant Management Program; and the Fisheries Division of the District of Columbia Department of Health.