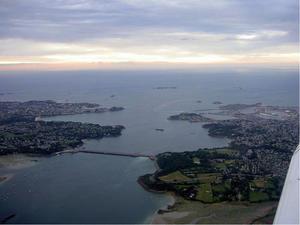 Renewable energy can be generated by harnessing the power from the tides, which can be predicted hundreds of years in advance. But the predicted energy gains from certain schemes have been overestimated, according to a team of researchers in Liverpool.

Tidal range power generation is one way of extracting tidal energy. A structure holds back the tidal flow, creating a water level difference across the walls of the structure, which drives turbines. The amount of energy recovered can be boosted through a process called ‘pumping’, where some electricity is used to pump water to increase the difference between the water levels.

But a study led by the National Oceanography Centre (NOC) in Liverpool concludes that potential energy gains via pumping reported by some theoretical studies are too optimistic. The results were published recently in the scientific journal Renewable Energy.

Tidal power is gaining momentum politically in the UK because of concerns over energy security and a drive towards a lower carbon economy. Tidal range schemes – both barrages and lagoons – are capital intensive, therefore anything which improves the economics of the scheme, such as pumping, can be critical in helping to form a business case that will encourage investment.

“The theoretical studies are a valid way of calculating the maximum potential energy gains, but these are based on first principles – the water would have to drop instantaneously to achieve the previously reported figures, and hence are not achievable in practice,” says Dr Nicholas Yates, NOC scientist and lead author of the paper.

“We had not seen any attempts to systematically explore the factors involved in pumping with tidal range power generation and this is something we set out to address.”

The team identified the key role played by turbine and pump efficiencies in determining the overall energy gains. In pumping, hydraulic machinery is used to pump water into or out of the structure (depending on the tide), increasing the water level difference between the tide and the water behind the structure. With suitable pump and turbine efficiencies, this greater height potential can result in net energy gains despite the energy expended in pumping.

Dr Yates believes there is plenty of scope for innovation in this area “Tidal range energy is an area that has received sporadic attention, and the early schemes naturally made use of modified ‘run-of-river’ equipment. This equipment was designed for a more or less constant water level difference, which is not the case for a tidal scheme,” he says.

“With improved machine efficiencies, there should be the potential to increase pumping energy gains from around 10% which has typically been reported previously.”

This work is timely given the ongoing Swansea Bay Tidal Lagoon scheme, which will be one of the first schemes to harness tidal range power. Unlike a barrage, where a structure is built across an estuary, a lagoon is built out from the shoreline but can be situated anywhere where there are high tidal ranges and the seabed is suitable for construction.

NOC researchers worked with University of Liverpool engineers on the problem. The two groups have a long history of collaboration, which benefits from the expertise of both engineers and oceanographers.

The research was funded by the Engineering and Physical Sciences Research Council, the Natural Environment Research Council and the Northwest Regional Development Agency.