Rare UK tsunami was caused by a storm 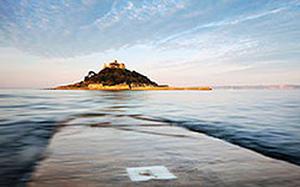 A tsunami which struck the Yealm estuary near Plymouth, UK in 2011 was caused by the weather, say scientists.

The meteotsunami, which reached around half a metre in height was originally thought to have been caused by a landslide. But a new report, published inWeather and co-authored by Dr Kevin Horsburgh of the National Oceanography Centre, suggests the origin actually lay with some thundery storm cells with a starting point over 300 miles away in the Bay of Biscay.

But this wave travelled from Portugal to Brittany and then into the English Channel, making it the first meteotsunami to be positively identified in Britain, Spain and France.

“Most tsunamis are geological, where you have a vertical movement on the seabed which can be caused by an earthquake, like in Japan in 2011, or a landslide. This vertical movement travels up through the water column and you get a corresponding displacement on the sea surface, which collapses under the force of gravity and travels outward,” explains Professor David Tappin of NERC’s British Geological Survey, who led the study.

“Meteotsunamis, however, are created by weather. You need a small, rapid change in atmospheric pressure of just a few millibars, if you get one of these then it can change the sea surface elevation by a few centimetres,” Tappin says. “In the deep ocean this wouldn’t be noticeable but when it enters shallow water while the weather system is moving at the same speed then the sea level builds up into several metres.”

The scientists were first made aware of the tsunami after press reports two days after the event noted that people walking across the causeway that connects the tidal island of St Michael’s Mount to Cornwall, suddenly found themselves knee deep in water.

“One of the reports at the time told of peoples’ hair standing on end, which matches with the electrical discharges you’d get from a storm,” says Tappin.

The study concluded that the rising sea levels and more severe storms expected from global warming mean these events could become more common.

The team suggest using the UK’s advanced tidal and weather forecast models to learn more about the unusual processes behind this tsunami, so that we can best protect ourselves in the future.