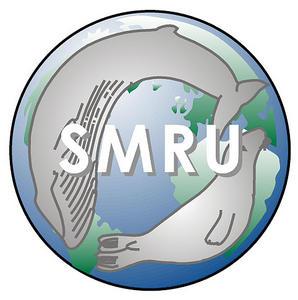 The University of St Andrews, a National Oceanography Centre Delivery Partner, has been awarded a Queen’s Anniversary Prize in recognition of the work of a world-leading research unit which is helping to further understanding and protection of the oceans.

The Sea Mammal Research Unit (SMRU) at the University of St Andrews is among the winners in the Diamond Jubilee Round of The Queen’s Anniversary Prizes for Higher and Further Education.

The Anniversary Prizes, which recognise excellence in higher education and research, were announced at a reception at St James Palace, London, on Thursday 24 November 2011.

The Sea Mammal Research Unit has become a world leader in applied research promoting best practice in the health and governance of the ocean environment. Based at the East Sands, St Andrews, the Unit is part of the University’s School of Biology and Scottish Oceans Institute. It operates from the tropics to the poles and maintains a particular focus on the UK’s seas. Its academic staff and graduate team specialise in research on marine mammals – primarily seals, whales and dolphins – using innovative monitoring techniques.

The sea mammals which SMRU monitor provide a unique and sensitive early warning system to track and measure a range of factors concerned with the sustainability of human exploitation of the seas.

With the scale and nature of industrial exploitation of the oceans rapidly developing, there is increasing demand for and impact of SMRU’s services, and its contribution to national policies.

Professor Ian Boyd, Director of the Unit, and University Chancellor Sir Menzies Campbell, were at St James Palace to hear the announcement. Professor Boyd said “Marine mammals are a bit like the canary in the cage. If we know how to read their behaviour and populations we can minimise the effect of our resource exploitation on the ocean. Although we need to exploit the ocean we also need to find ways of doing this sustainably. Marine mammals have a capacity to tell us when we are reaching the limits.

“My colleagues and I are delighted that our institution has been recognised in this way. It is truly a privilege to work with such magnificent animals and to have the job of translating their importance into information that the public can use. We also recognise that the institute is a hub in a global network of scientists and collaborators who share our passion for understanding these enigmatic creatures.”