Over 3,800 volunteers help the NOC to record tide gauge data in Liverpool 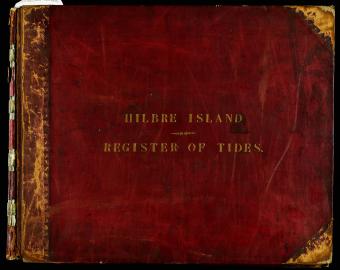 Digitising old tidal records can be surprisingly emotional, as you follow the diligent hands from day to day. We’re extremely grateful to the volunteers that contributed to the project and helped to digitise the data needed to create tidal predictions.

The National Oceanography Centre (NOC) has completed a research study with over 3,800 volunteers from The Zooniverse, helping to digitise historical data of tides and sea level at two tide gauges near Liverpool.

The UK Tides Citizen Science Project was launched by the NOC in January 2021 to transcribe handwritten tide data from two gauges in Hilbre Island and George’s Pier between 1853–1903. Volunteers came together on Zooniverse, a global, digital platform for people to assist professional researchers. The new data will help the science community understand how tides and extreme sea levels have changed over the past two centuries and allow them to better quantify the risks we face from flooding in the future.

Before the days of radar, gauge floats were used to measure sea level. The handwritten historic data was transcribed by over 3,800 volunteers during the project, with over 315,000 columns of tide gauge data, including repeats used to cross-check entries, being completed by the online helpers. The study highlighted interesting challenges with handwriting, showing that using machine learning may still need a little help from people for a while to come. The global team relied on the most frequent values and images, with more than 6,000 classifications made each week over the course of 12 months. The number of hours worked by the volunteers was the equivalent of five full-time research experts working solely on this data collection for a year.

In January 1863 the Hilbre gauge recorded a high value of 22 feet 9 inches and then stopped working – damaged by a storm in the area at the time, which was also indicated by the historic wind data. The storm prompted three lifeboats to respond to calls for help by a stranded ship, which tragically ended in 27 RNLI lifeboatmen losing their lives. Several ships were lost that day in the Irish Sea; even the lifeboat was washed right out of the lifeboat house.

The project also uncovered ledgers that mentioned the destruction of the landing stage in Liverpool, in which a possible gas explosion caused a devasting fire that caused £25,000 in damage in 1874 (the equivalent of around £2.9 million today). The fire was so large it was reported as far away as the USA, and an artist’s rendering is in the collection of the Williamson Art Gallery and Museum, Birkenhead.

Dr Joanne Williams, from the Sea Level Group at the NOC, said: “Digitising old tidal records can be surprisingly emotional, as you follow the diligent hands from day to day. We’re extremely grateful to the volunteers that contributed to the project and helped to digitise the data needed to create tidal predictions.

“The data will now undergo quality control, with scientists at the NOC comparing the two tide gauge sites. The computed tidal predictions will then be archived and made available for analysis, helping us to understand historical tide and sea level changes and enable us to predict future changes.”