Ocean currents to be tracked from space 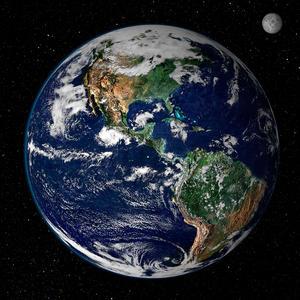 A new method of tracking ocean currents from space has been developed by NASA scientists and verified using data from the National Oceanography Centre (NOC).

The importance of these ocean currents as a driving force in the global climatic system is increasingly being recognised. By helping to monitor changes in currents, this new method could help improve long-term forecasts.

Researchers at NASA have developed a means of measuring the flow rate of water masses in deep ocean currents by detecting the tiny changes they cause to Earth’s gravity field. A study, published in the journal of Geophysical Research letters, reveals how gravitational data from the twin satellites of NASA’s Gravity Recovery and Climate Experiment (GRACE) mission, has been used to calculate the flow rate of a current system in the Atlantic.

This system is known as the Atlantic Meridional Overturning Circulation (AMOC). It is responsible for the transfer of a great deal of heat and nutrients from the tropics to North West Europe, contributing to our relatively mild climate.

“In principle, you’d think you’d have to measure every ten yards or so across the ocean to know the whole flow. In fact if you can measure the farthest eastern and western points very accurately that’s all you need to know. That theory has long been known and is exploited in buoy networks, but this is the first time we’ve been able to do it successfully from space.” said Felix Landerer of NASA’s Jet Propulsion Laboratory, who led this research.

The new NASA method of calculating AMOC flow rate is similar to that used by scientists at the NOC, who use data from a line of moored instruments on the eastern and western sides of the Atlantic. Called the RAPID array and maintained by the NOC, this network has been measuring the AMOC for over a decade now. One of a number of important discoveries to arise from this unique data set is that AMOC has weakened by 20% over the last decade, which has significant implications for the future climate.

NASA used data from the RAPID array to verify their calculations. Eric Lindstrom, NASA’s Physical Oceanography Program, pointed out, “It’s awesome that GRACE can see variations of deep water transport, but this signal might never have been detected or verified without the RAPID array. We will continue to need both in-situ and space-based systems to monitor the subtle but significant variations of the ocean circulation.”

Dr Gerard McCarthy from the NOC, who is working on the RAPID project, said, “The results highlight synergies between direct measurements, like those from RAPID, and remote sensing. This is especially important now, given the rapid and surprising changes we have discovered in the North Atlantic over the last decade.”

The heat transported northwards by the AMOC is equivalent to around one million times the output of an average UK nuclear power station. The RAPID array measures this flow of heat twice daily, at a latitude of 26°N. However, there are no equivalent measurements at other latitudes in the Atlantic. Data from GRACE and other satellites could contribute some of this information, which may enable a better understanding of the flow of heat across other parts of the Atlantic.

RAPID was set up in 2004 and is funded by the Natural Environment Research Council (NERC).