Ocean circulation can impact on the effectiveness of marine protected areas 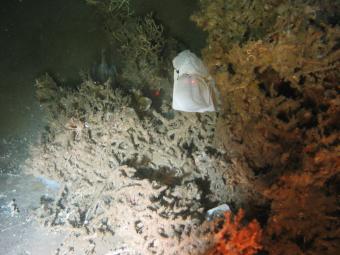 Researchers at the National Oceanography Centre (NOC) studying the UK’s four largest Marine Protected Areas have found that, because of the ocean’s vigorous circulation, even remote, seemingly pristine habitats, are not isolated from human activities, and may be vulnerable to pollution and overfishing impacts.

In recent years, a number of large Marine Protected Areas (MPA) have been set up around the world to create ‘safe havens’ for marine life. These have been established to help with biodiversity and habitat preservation, to restore damaged ecosystems, and also to improve fisheries by maintaining spawning stocks that can ‘seed’ adjacent ocean areas.

The UK Government is in the process of establishing a number of MPAs, including; four large reserves around Pitcairn Island, the South Georgia and South Sandwich Islands, Ascension Island and the British Indian Ocean Territory (BIOT) at the Chagos Archipelago. Although remote from human population centres, ocean circulation may connect these MPAs to sources of pollution – impacting how effective they can be.

To investigate the potential connectivity of four major UK MPAs, scientists at the NOC used a state-of-the-art computer simulation of large-scale ocean circulation to track where the water reaching the marine protected area has come from. If the water source was near a populated coastal area it could be contaminated by pollutants, such as microscopic plastic.

Lead author Josie Robinson, from the NOC, said, “The Ocean’s circulation is hugely variable, both in the position and strength of currents, and in how these change in time. We wanted to understand if the UK’s MPAs were really as protected from human impacts as they seem to be at first glance.”

The researchers released virtual particles into the modelled ocean circulation at all four MPAs every month for ten years. They followed these backwards in time for up to a decade to determine where the water that flowed passed the MPAs had come from. The resulting flow pathways allowed them to determine connectivity footprints for each MPA on annual timescales.

The most extreme results came from Pitcairn Island in the South Pacific, which had almost no connectivity, and BIOT in the Indian Ocean, which was highly connected to land within only a few months. Furthermore, the exact pattern of connectivity at BIOT was found to vary strongly in time, due to the seasonal monsoon in the Indian Ocean.

Combining the footprints from each MPA with maps of human population, the researchers were also able to show that not all connectivity with land was the same. While South Georgia was connected to land, its closeness to the Southern Ocean meant that most of this land was unpopulated Antarctica. In contrast, Ascension and BIOT were both strongly connected to major human population centres and, potentially, sources of pollution, including plastic pollution.

Ms Robinson, added “Our results show the connections MPAs have to the wider ocean impacts on the viability of these areas as protected refuges for marine life. This is an example of how the NOC’s research into ocean circulation and marine habitats can help provide the best possible evidence for policy makers when they are deciding how best to manage the global ocean.”

This study received funding from the Natural Environmental Research Council (NERC) and the University of Southampton. The modelling component was funded by NERC’s National Capability programme.