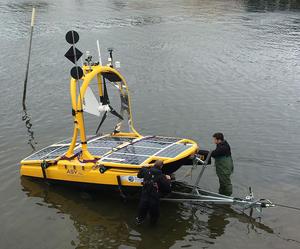 The two robotic vehicles are bristling with novel sensors that will act as our eyes and ears in the water...

The National Oceanography Centre has today begun the latest in a series of ambitious marine robotic vehicle trials off the UK coast.

Working in partnership with the World Wildlife Fund (WWF), NOC has deployed a submarine glider and an autonomous surface vehicle into the Celtic Deep area of the Celtic Sea – the two robotic vehicles will now work together over the next three weeks to investigate why this area is particularly attractive to marine predators such as dolphins and seabirds.

NOC’s Prof Russell Wynn, who is co-ordinating the research, said “The Celtic Sea contains known hotspots for iconic and highly mobile marine animals such as the mighty Fin Whale and the globally threatened Balearic Shearwater. However, we need a greater density of observations to really understand why these hotspots are so attractive to these animals, and how stable they are in space and time. Marine robotic technologies give us the opportunity to have a persistent presence in these areas, and are changing the way in which we conduct science in the marine environment.”

Dr Lyndsey Dodds, Head of Marine Policy at WWF-UK, said “WWF is excited to support this innovative technology in order to get a clearer picture of what’s out there in our seas. Only through increased understanding can we can identify what needs to be done to ensure good management and protection. We’re lucky that the UK seas are home to many spectacular animals and to fascinating areas such as the Celtic Deep. By ensuring our seas are healthy and productive we can ensure a strong marine economy and prosperous coastal communities that depend on the resources and business opportunities the seas provide.”

The Slocum submarine glider was deployed from RRS Discovery on 10 August as she travelled through the Celtic Sea. This vehicle oscillates through the water column at slow speed, providing 2D profiles from the sea surface to near the seabed. Pilots based at the NOC in Southampton will communicate with the glider when it surfaces, using satellite technology to give commands and receive data. 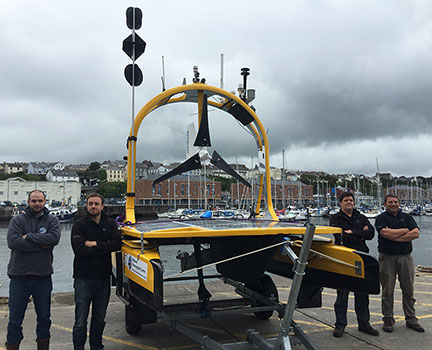 The C-Enduro autonomous surface vehicle was launched from Milford Haven on 20 August. C-Enduro is a long-endurance autonomous surface vehicle developed for oceanographic research by ASV, as part of a UK Government Small Business Research Initiative co-ordinated by the NOC. This vehicle travels along the sea surface and will be carrying GoPro cameras and marine mammal acoustic detectors, as well as a state-of-the-art meteorological station. It has the ability to harvest solar and wind energy from the marine environment, and can therefore potentially remain offshore for several months. ASV will control the vehicle from their base in Portchester.

Prof Wynn added: “The two robotic vehicles are bristling with novel sensors that will act as our eyes and ears in the water, observing and detecting seabirds and marine mammals. The vehicles will also be continuously collecting data about weather conditions at the sea surface, the temperature and salinity of the water column, and the distribution and abundance of plankton and fish prey. The combined dataset will provide vital information about biodiversity hotspots in our seas.” 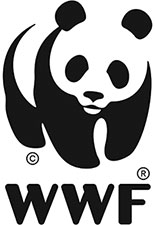 In addition to WWF, the deployment is supported by a range of industry, government and academic partners who are working in collaboration with the NOC to test new sensors on the two vehicles, and assess how other data sources such as satellite imagery and tidal predictions can improve operational efficiency. Many of these partners were involved in a similar trial last year, which saw a fleet of robotic vehicles deployed off the Isles of Scilly to track oceanic fronts, and off Plymouth to track tagged fish. The NOC Marine Autonomous and Robotic Systems (MARS) facility hosts the most advanced marine robotic vehicle fleet in Europe, and these ongoing trials are vital to ensure the new vehicles and sensors are ready for the demands of the UK scientific community.