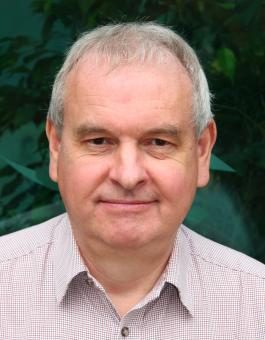 Emeritus Fellow of the NOC, and sea-level scientist, Professor Phil Woodworth, has been elected as a fellow of the International Union of Geodesy and Geophysics (IUGG), in recognition of his achievements in the field of sea-level science.

IUGG is a scientific organisation dedicated to the international promotion and coordination of scientific studies of Earth and its environment in space. This Fellowship is awarded by the IUGG Bureau to individuals who have made exceptional contributions to international cooperation in geodesy or geophysics and attained eminence in the field of Earth and space sciences.

On being informed of his election, Phil said “I was surprised, but very grateful to have been nominated as an IUGG Fellow. I take it as a recognition by the IUGG of the importance of sea-level science across many areas of geophysical research.”

Established in 1919, the IUGG studies include the dynamics of the Earth and the Ocean as a whole, as well as component parts.

The Executive director of the NOC, Professor Ed Hill responded to the news of the election “I am delighted to see Phil Woodworth recognised in this way for his distinguished contributions to sea-level science. This includes the management and synthesis of long-term sea-level data from across the world.

Changing sea-level is of immense importance to human society, as human population concentrates and grows fastest in low-lying coastal regions and cities. Rigorous scientific information and data is absolutely essential to underpinning the decisions needed to increase the resilience of vulnerable communities and infrastructures to long-term sea-level change and variability.”

The award will be presented on the 13th of July 2019 at the General Assembly of the IUGG in Montreal.