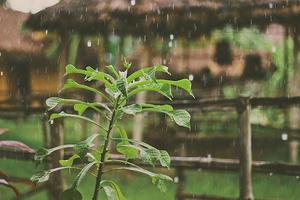 The NOC is to play a key role in a UK-India collaborative project to predict monsoon rainfall over India by studying ocean processes in the Bay of Bengal.

Today a team of scientists arrive in India in preparation for an expedition on an Indian research ship, deploying robot subs to determine the ocean’s role in the South Asian monsoon. The NOC participation in fieldwork will be undertaken by post-doctoral researcher Dr Alejandra Sanchez Franks.

It is hoped that the combined results of this large-scale scientific campaign will help forecast the arrival of the Indian monsoon more accurately than ever before. Forecasting the precise timing and location of the rains is vital to the region's economy, which is dominated by farming, and for managing its increasingly pressured water resources.

As well as improving rainfall prediction, the research could revolutionise subsistence farming, improve the livelihoods of millions of people, and help mitigate the damage caused by monsoons when they hit land. Summer monsoons provide 80% of annual rainfall to around a billion people in India.

The Bay of Bengal Boundary Layer Experiment (BoBBLE) is a joint UK-India collaboration, with the UK contribution led by the University of East Anglia. The NOC will form an important component of the observational campaign with nine Argo floats equipped with a unique collection of sensors, including: radiometers, surface salinity and temperature sensors. These will provide very high resolution in-situ surface measurements in a region where very few exist.

Dr Brian King, who is leading the NOC component of the project, said “In the Bay of Bengal, monsoon rainfall is enough to make a measurable difference to the seawater density near the ocean surface. This affects the way heat energy is mixed down into the ocean, which has later influence on how the monsoon season evolves.

“The Argo floats we will be using in this campaign have been adapted with special sensors to make detailed measurements near the ocean surface. Some of the sensors are well established and some are an innovative new design. If the new design works as expected, it will open up the possibility of more cost-effective monitoring of that ocean region, to underpin monsoon prediction for the next generation.

NOC has over fifteen years’ experience of using robotic Argo floats to measure the oceans and we are really excited by the chance to use this expertise to help tackle a research question of such immediate and enormous impact.”

In addition the NOC and the UEA, collaborators in this project include the University of Reading from the UK and from India, the Centre for Atmospheric and Oceanic Sciences (CAOS), the Indian National Centre for Ocean Information Services (INCOIS), the National Centre for Medium Range Weather Forecasting (NCMRWF) and the National Institute of Ocean Technology (NIOT).