NOC to help shape the future of global ocean research 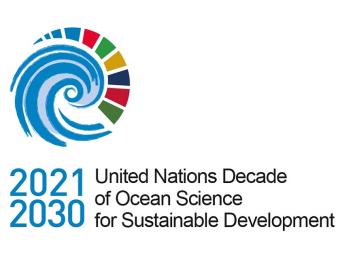 The UK’s National Oceanography Centre (NOC) is playing a key role in shaping the global structure and research agenda for the ocean over the next decade.

Experts from the NOC have been integral to shaping several action areas officially endorsed by UNESCO’s Intergovernmental Oceanographic Commission, as part of the United Nations Decade of Ocean Science for Sustainable Development, 2021–2030 (the ‘Ocean Decade’).

Following a competitive selection process with hundreds of applications worldwide, NOC experts have played a key role in a number of action areas that will contribute to strengthening the global ocean observing system for guiding management of ocean climate, resources, health and risks and building a ‘Digital Twin of the Ocean’ linked to these observations.

All the endorsed actions involve wide ranging international collaboration to realise the Ocean Decade’s vision of providing the science we need for the ocean we want. Included in the announced list are three programmes where experts at the NOC played leading roles in shaping the proposed actions being taken forward over the coming decade.

The NOC’s key developments of one of these actions will focus on the Joint Exploration of the Twilight Zone Ocean Network (JETZON). With over 20 projects linking 30 countries already involved, JETZON will see scientists from the NOC collaborate with global partners to study the impact of fishing, deep-sea mining and climate change on this largely unexplored ocean region. JETZON will bring together global researchers including students so that the international scientific community can obtain the greatest insight into the Twilight Zone from ongoing work and can maintain focus on this potentially threatened environment.

Scientists at the NOC also contributed to an action to develop a global system to allow science and society to understand ocean life like never before. In collaboration with The Partnership for Observation of the Global Ocean, The Ocean Biomolecular Observing Network (OBON) aims to transform how we sense, harvest, protect and manage ocean life through collecting and analysing genetic material; will be a key component of next-generation ocean observing systems for better managing the health of our ocean.

The NOC is also using its coastal expertise to support the international activity focused on transforming the science of observing and predicting the global coastal ocean. CoastPredict will integrate observations with numerical models to produce predictions from extreme events to climate and human-induced changes in the coastal areas.

Chief Executive of the National Oceanography Centre, Professor Ed Hill CBE, said: “I am delighted that so many scientists from the National Oceanography Centre and across the UK have been so actively engaged in shaping the development of the first set of Ocean Decade Actions. With its transformative vision of the science we need for the ocean we want, the Ocean Decade places science and data from sustained ocean observations at the heart of informing and developing solutions to reverse the decline in ocean health upon which human health and wellbeing so critically depends.

“It is fantastic that the UK has strongly supported the Ocean Decade from its inception and used its Presidency of the G7 this year to promote the G7 Ocean Decade Navigation Plan. Researchers from across the UK have been active in influencing the shape of the global research agenda and we look forward to working with our global partners to take some of these Actions forward.”

The endorsed Actions were chosen for their focus on solutions and ability to accelerate the generation and uptake of ocean knowledge for sustainable development; innovative technology; efforts to co-design solutions between scientists and users of ocean knowledge; and for their respect of inclusivity across their activities.

The diverse range of endorsed programmes cover development of knowledge and solutions to reduce multiple pressures on marine ecosystems including climate change, biodiversity loss, underwater noise or pollution; the use of innovative technology to collect data on the state of the ocean and use that data to make decisions about its management; and measures to improve sustainable management and resilience of fish stocks.

Through global leadership, the focus going forward will be on ensuring the UK can support the Ocean Decade’s vision by actioning funded international programmes, many of which the NOC will support.