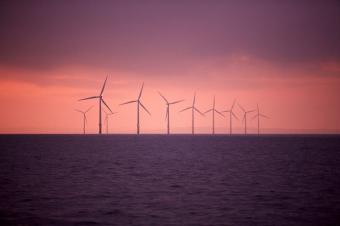 Earlier this week, the Intergovernmental Panel on Climate Change (IPCC) released its next report Climate Change 2022: Impacts, Adaptation and Vulnerability.

The report assesses the impacts of climate change, and reviews vulnerabilities, including capacities and limits of the natural world and human societies to adapt to climate change.

Discussing the recent IPCC report, Professor Stephanie Henson, principal scientist at the NOC, said: “The second report from the IPCC emphasises that climate change is a major threat to human wellbeing and the health of the planet. It has highlighted that climate change is continuing to cause substantial damage to open ocean marine ecosystems.

Global warming, combined with habitat destruction and growing urbanisation, has already caused widespread disruption to nature, and about half of the world’s marine species are migrating pole-ward in an attempt to survive in cooler waters. We have already noticed shifts in the timing of the annual spring bloom of phytoplankton, which is getting earlier, much as the spring arrival of flowering plants on land is getting earlier.

“Ocean warming and acidification have adversely affected food production from fisheries in some oceanic regions, and forecast levels of climate change, plus habitat destruction, will lead to the loss of much of the world’s coral reefs and low-lying coastal wetlands. The next 20-50 years will see a change in the Earth’s climate, and how that will affect nature and humans will depend on how plants, animals and people adapt.

There is a rapidly closing window of opportunity to both reduce greenhouse gas emissions and develop climate resilient adaptation measures. By conserving, protecting and restoring ocean ecosystems, we can reduce the vulnerability of biodiversity to climate change.”