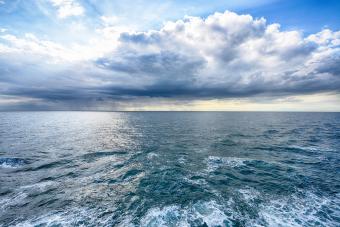 The BAMS State of the Climate report 2021, released yesterday (31 August), has provided a comprehensive update on Earth’s climate indicators, notable weather events and other data collected by environmental monitoring stations and instruments located on land, water, ice and in space.

Key findings of the report include evidence that Earth is continuing to warm, and a La Niña climate pattern lowering sea surface temperatures in 2021.

Led by scientists from NOAA’s National Centers for Environmental Information and published by the Bulletin of the American Meteorological Society, the collaborative report is based on contributions from more than 530 scientists, including those from the National Oceanography Centre (NOC). The NOC’s Dr Richard Cornes, Dr Elizabeth Kent and Dr Thomas Cropper, alongside Dr Robert Junod from the University of Alabama, contributed to Chapter 2 of the report, providing vital datasets to give insight on night marine air temperature.

Dr Richard Cornes, Senior Research Scientist in the NOC’s Marine Physics and Ocean Climate group, said: “In 2021, global average sea surface temperature was suppressed compared to recent years due to the extended La Niña conditions. Nonetheless, the year still ranked as the sixth or seventh warmest on record, depending on which dataset is used.”

“A particular strength of the BAMS State of the Climate report is the comparison of data from a multitude of sources. Night Marine Air temperature datasets, such as those produced at the NOC, provide an independent comparison against the more widely used sea-surface temperature datasets. As highlighted in the recent IPCC AR6 report, differences exist in the long-term trends in these datasets and work is urgently being undertaken to understand the reasons for these differences to better understand the changes in the climate system.”