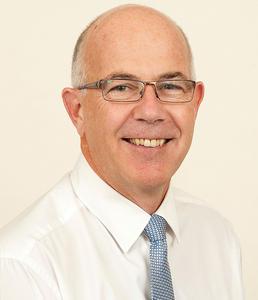 Professor Wright is a Marine Geologist who, having obtained his PhD in Geology and Geophysics from the Victoria University of Wellington in 1986, moved as a Research Scientist to the New Zealand Department of Scientific and Industrial Research (subsequently the National Institute for Water and Atmospheric Research). In 2008 Professor Wright moved to the National Oceanography Centre as Head of Geology and Geophysics and Professor of Marine Geology at the University of Southampton. He subsequently held the positions of Deputy Director of Science & Technology and then Director of Science & Technology (Strategy and Resources).

Ian Wright has wide ranging research interests encompassing submarine volcanism and fluid flow, including venting of methane from the seafloor and the techniques for monitoring CO2 release from sub-seafloor carbon capture and storage sites. He has served on numerous bodies, including the New Zealand National Committee for Oceanic Research, New Zealand delegation to the UN for the NZ Continental Shelf Project, and currently the RCUK Energy Programme Scientific Advisory Committee, and NERC’s Science & Innovation Strategy Board.

Welcoming the appointment, Professor Ed Hill, Executive Director of the National Oceanography Centre said, “I am delighted that Professor Ian Wright will be taking on the key position of Director of Science and Technology. He brings a wealth of experience and proven track record of achievement in leading major programmes of strategic research and working with industry. The National Oceanography Centre is one of the world’s leading marine research institutions and I am sure that Ian’s vision and leadership will keep us in this front-rank position. I very much look forward to working with him in his new role”.

Speaking of his appointment Professor Wright said, “I am very honoured to take on this crucial science and technology leadership role at the National Oceanography Centre, and look forward to working with all staff to continue to do the very best marine science possible in tackling global-scaled and long-term science, and further developing associated technologies to enhance both the National Oceanography Centre and wider UK marine science capability. The Centre has, in my view, superb facilities and staff to make a real difference in advancing fundamental insight into coastal and the deep-ocean marine science”.

Professor Wright will take up his appointment on 1 August 2013 and will be based at the Southampton site of the National Oceanography Centre.

Professor Hill paid tribute to Professor Andrew Willmott for his leadership as the first Director of Science and Technology, saying: “Andrew oversaw with great skill the major transition to an integrated programme of science following the merger in 2010 of the National Oceanography, Southampton with the Proudman Oceanographic Laboratory in Liverpool. His work contributed very significantly to bringing about a successful merger and I thank him for his efforts and wish him well for the future. Andrew has also contributed very significantly to the recent NERC Centre evaluation review, and I am sure the forthcoming results will positively reflect his effort and centre’s research excellence and impact.”

Professor Willmott will be turning his immediate attention to the forthcoming Research Excellence Framework assessment for UK Universities for which he is a panel member.