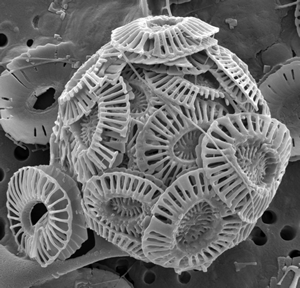 An international study to understand and predict the likely impact of ocean acidification on shellfish and other marine organisms living in seas from the tropics to the poles is published this week in the journal Global Change Biology.

The results suggest that increased acidity is affecting the strength of shells and skeletons and it is widespread across marine species. These animals are an important food source for marine predators such as tropical seabirds and seals as well as being a valuable ingredient in human food production.

UK scientists from the British Antarctic Survey (BAS) and the National Oceanography Centre (NOC), together with colleagues from Australia’s James Cook and Melbourne Universities and from Singapore University, investigated the natural variation in shell thickness and skeletal strength in four groups of marine creatures living in 12 different environments from the tropics to the Polar Regions. Their aim was to get a clearer understanding of the similarities and differences between species, and to provide the knowledge required to inform better predictions of the how these animals might respond to increasing acidity in the oceans.

The effort required by clams, sea snails and other shellfish to extract calcium carbonate from seawater to build their shells and skeletons varies from place to place in the world’s oceans. A number of factors, including temperature and pressure, affect the availability of minerals including calcium carbonate and this is reflected in physical differences between species.

There is already evidence that ocean acidification is affecting the ability of some marine species to grow and develop their embryos and there is growing concern about whether or not these species can evolve or adapt to cope with increases in acidity in the coming decades.

The study examined four groups of marine animals. Scientists found that as ocean acidity increases and the availability of calcium carbonate decreases skeletons get lighter and account for a smaller part of the animal’s weight. The fact that same effect occurs consistently in all four groups suggests the effect is widespread across marine species.

Professor Lloyd Peck of British Antarctic Survey said, “This effect is strongest at low temperatures and the results showed polar species to have the smallest and lightest skeleton, suggesting that they may be more at risk in the coming decades as the oceans change. Interestingly, where ecology requires animals to have strong skeletons, for instance to protect them from impacts from floating ice in Antarctica, skeletons are made thicker and stronger. However, they still form a smaller part of the animal’s body mass, because the shape of the species changes to enclose much more body for a given amount of skeleton. Thus life finds a way, but still follows the overall trends of decreasing skeleton size in areas where the ocean chemistry makes it more difficult to obtain the necessary building blocks. If there is time for species to evolve in temperate and tropical regions it is one way they may be able to overcome some of the future effects of ocean acidification.”

This research was funded by the Natural Environment Research Council.