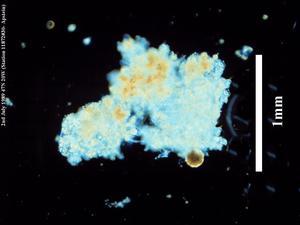 The National Oceanography Centre (NOC) is leading a £3.7M large grant recently awarded by the Natural Environmental Research Council (NERC) to investigate the ocean’s ‘twilight’ zone, which plays a key role in storing carbon, keeping atmospheric CO2 30% lower than it would otherwise be.

This ‘twilight zone’ is the part of the ocean between 100m and 1000m below the surface of the sea, where a small amount of light from the sun can still penetrate. It is currently known that the efficiency of carbon transport from the atmosphere through this zone has an impact on atmospheric composition. However it is not known what factors affect this efficiency. By 2020, once this project is complete, COMICS will have helped make predictions of climate change more accurate.

Until last year it appeared that the animals living in the ‘twilight’ zone required six times more carbon to survive and grow than was being supplied to them. However, in a pioneering study published earlier this year in Nature, scientists at the NOC revealed a new method of more accurately balancing the ‘carbon budget’ in this zone that was able to explain this discrepancy.

Professor Richard Sanders from the NOC, who is leading this project, said “This new theory was made possible by world-leading technology developed here at the NOC. The sediment traps we built enabled us to measure the amount of carbon entering the ‘twilight’ zone much closer to the surface than has been previously possible, which meant our measurements were more accurate.”

The sediment traps allow scientists to calculate the carbon entering the system by providing a sample of the volume of sediment that sinks in a given period of time. This sediment is often referred to as ‘marine snow’ because that is what it looks like as it falls down through the ocean.

The COMICS project will use this methodology to make more accurate measurements of carbon transport in different areas. It will involve comparing the amount of carbon entering the system with the amount of carbon consumed by biological processes within the ‘twilight’ zone, calculated by measuring the rate that bacteria and animals, such as jellyfish and krill, breathe. Once COMICS has built an understanding of how the ‘twilight’ zone works, a simple mathematical model of the zone will be created and used in larger global environmental models.

COMICS has received funding from the NERC and is a collaboration between NOC, the British Antarctic Survey and the universities of Queen Mary London, Liverpool, Oxford and Southampton.