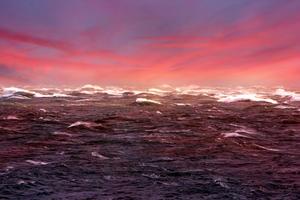 To investigate why the global warming trend varies from decade to decade, scientists from the National Oceanography Centre (NOC) will work alongside those from nine other research organisations as part of a major new multidisciplinary research project.

Over the last decade a slowdown, or hiatus, has been observed in the global warming of the earth’s surface. Although it is important to note that heat is still accumulating in other parts of the climate system, such as the deep ocean. Potential causes for these variations include; the effects of volcanic activity, solar radiation, greenhouse gases and atmospheric aerosols and atmospheric and ocean circulation. This new project, called SMURPHS, will investigate the impact of each of these factors on the observed variation in global warming.

In 2014 scientists at the NOC and The University of Southampton published research showing the important role played by the absorption of heat by the North Atlantic, Tropical Pacific and Southern Oceans in the most recent slow-down of global warming. The world leading ocean models available at the NOC will enable a high quality investigation of the wider role the ocean plays in global warming variability.

Dr Bablu Sinha, who is the project lead for NOC, said “Climate change is recognized as one of society’s most pressing problems. The SMURPHS project will address the question of why the rate of surface warming varies on decadal time-scales and will inform government policies on climate change adaptation. This will fill important gaps in the understanding of the different processes controlling climate and how they interact with each other. Absorption of heat by the ocean is one of the most important climate moderating processes. The NOC will provide world leading expertise in ocean observations and ocean circulation models to help ensure the success of SMURPHS.”

This Natural Environmental Research Council (NERC) funded project began with a kick off meeting in Leeds this week. The University of Leeds are leading the project, and other partners are: the Universities of Southampton, Reading, Oxford, Exeter, Edinburgh and East Anglia as well as the Met Office and the British Antarctic Survey.