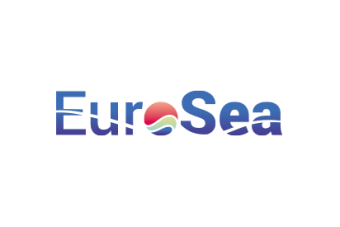 The NOC joined an international consortium of 55 partners this week at the inaugural meeting for the new EuroSea project. The 12.6 million Euro, EU funded project, aims to significantly improve ocean observation in Europe and beyond.

“The aim of the project is to better combine existing capacities in the European marine observing system, to fill existing gaps and to make the resulting data and information available to users more easily," says coordinator Dr. Toste Tanhua from the GEOMAR Helmholtz Centre for Ocean Research Kiel.

The NOC’s Prof. Kevin Horsburgh, Chief Scientist for International Development, is leading Work Package 5 (WP5) within the project: Coastal Resilience & Operational Services Demonstrator. Prof. Horsburgh commented, “This project will boost the use of oceanographic data in decision making over all timescales, from the everyday operational information needed for safety, efficiency and environmental management of ports and harbours to the long-term advice needed regarding sea level changes for planning and coastal resilience”.

WP5 will provide a demonstration of the end-to-end connection from observations (including a new generation of tide gauge technologies) to their wider use by a variety of stakeholders, by combining observations, model data, and satellite products into novel decision-making tools. The work focuses on the development of new coastal management products, which would include the downscaling of ocean analyses and forecasts for port and harbour operation, as well as the delivery of sea level information for policy and planning. The work package will deliver two distinct deliverables: firstly, a demonstrator of how to employ climate quality sea level measurements to sea level services for policy making and long term management, with an initial focus on the Mediterranean but then linking with developing countries in Africa; secondly, a demonstration of integrated observations and models supplying oceanographic services for ports and cities, for management of their maritime economies.

The partners in the EuroSea consortium are scientific institutions as well as non-public partners from 13 European countries as well as Brazil and Canada. In addition, there are international institutions and networks such as the World Meteorological Organization (WMO), the Intergovernmental Oceanographic Commission of UNESCO (IOC-UNESCO), the European Marine Board and the European part of the Global Ocean Observing System (EuroGOOS). It has also been possible to win partners from industry to, for example, further develop technologies and services for ocean observing and for securing continuation of services after the end of the project.

In addition to improving measurements directly in the ocean, EuroSea focuses on the quality and usability of the collected data, and on systems to use the data for operational forecast services. "To this end, we are working closely with existing marine databases and data infrastructures and the EU BlueCloud project to improve capabilities in these areas and facilitate efficient data exchange," stresses the project coordinator. The ocean data should comply with the FAIR standard (findable, accessible, interoperable, reusable). "Unfortunately, this is not always the case" says Dr. Tanhua.

The project also builds on its predecessor AtlantOS, which the NOC was also a partner in, and cooperates with the resulting programme of the same name, which aims to improve ocean observation in the entire Atlantic region. EuroSea continues the work begun there with a focus to the European seas, including the Mediterranean Sea, and its neighbours.

EuroSea is funded by the European Union in the framework of The Future of Seas and Oceans Flagship Initiative, under the grant agreement 862626.