Nautilus 2010 - Opportunity of a lifetime 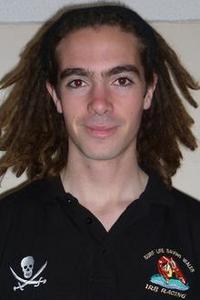 Tom Chamberlain, a third year undergraduate studying geophysics at the University of Southampton, has this summer joined an expedition on the EV Nautilus to explore regions in the Sea of Marmara and the Eastern Aegean, Turkey.

The expedition is the brainchild of Professor Bob Ballard of the Inner Space Center at the University of Rhode Island. Ballard, a renowned marine archaeologist, famously discovered the wrecks of the RMS Titanic in 1985 and the German battleship Bismarck in 1989. In 1998, he also discovered the wreck of the aircraft carrier USS Yorktown, which was sunk during the battle of Midway in the Pacific in June 1942.

During the present expedition, scientists will map the seafloor and study underwater volcanoes, starting with Kolumbo off the coast of Greece. The volcano erupted in 1650 AD, releasing toxic gases that killed people and animals on the nearby island of Thera (Santorini). After Kolumbo, the expedition will head on to explore the Eratosthenes Seamount, an underwater mountain located south of Cyprus.

Along the way, the scientists hope to explore ancient shipwrecks, such as that of the ship known as the Uluburun, which sank 3,300 years ago while carrying a cargo of gold, ivory and other luxury goods.

Dr Justin Dix, Senior Lecturer in Marine Geophysics and Geoarchaeology at the University of Southampton’s School of Ocean and Earth Science (SOES) based at the National Oceanography Centre, Southampton, and who set up the trip, said “This is a wonderful opportunity for one of our undergraduate students to get hands-on experience of geophysical and archaeological research at sea, and highlights just how exciting marine science can be.”

The expedition started late this June and will continue until October 2010. To learn more about the expedition and to follow its progress, see www.nautiluslive.org/2010/about.

For information about undergraduate opportunities at SOES, see www.southampton.ac.uk/soes.