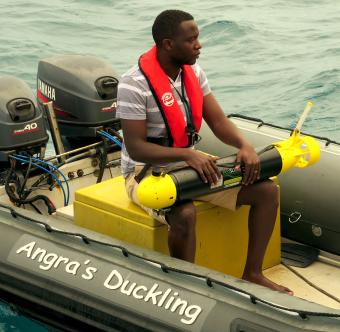 A community engagement programme in East Africa led by the National Oceanography Centre (NOC) has demonstrated how marine robots have the potential to transform ocean research for developing nations, offering a viable alternative to expensive research infrastructure, such as ships.

The SOLSTICE-WIO programme involved multiple partners in the Western Indian Ocean (WIO) and East Africa and engaged with regional researchers as well as six Tanzanian coastal communities. The programme tested and assessed the potential and readiness of WIO nations to adopt autonomous technologies to meet its marine research priorities and ultimately increase capacity to help meet food security and ocean sustainability challenges.

The project – which was designed using local infrastructure and researchers where possible – followed work carried out to introduce multiple marine robots fitted with a range of sensors to the waters around the Zanzibar archipelago of Tanzania. The robots provided new seafloor maps and ocean measurements to improve understanding of the how the ocean supports local fisheries. SOLSTICE-WIO provided education to surrounding coastal communities around the role of marine robots to address natural suspicions that might prevent them accepting new technologies into local waters.

Following extensive engagement over the four-year programme, the findings showed positive changes in attitudes towards marine robots and increased understanding and acceptance of such technologies. The NOC was also able to demonstrate a significant increase in capacity and confidence of regional scientists during the project, through the short-term provision of equipment, skills and training. Educational materials and engagement activities were also shown to increase the acceptance by local fishing communities of new technologies entering coastal waters, offering a template for future comparable community engagement programmes.

Dr Matthew Palmer, Chief Scientist of Marine Autonomous & Robotic Systems, at the National Oceanography Centre, said: “Robotics and autonomy are often promoted as the solution to many of the world's problems, offering the potential to make things cheaper, more efficient and more accessible. Ocean and climate research is embracing such technologies, with autonomous ocean drifters, submarines and surface vehicles now established as a common component of the Global Ocean Observing System (GOOS).

“The capacity within low-income countries to adopt such state-of-the-art technologies, however, remains uncertain. The SOLSTICE-WIO project presented a fantastic opportunity to investigate the capacity of Western Indian Ocean partners, including UN listed Least Developed Countries (LDCs), to accelerate their capability to investigate the impacts of climate change on regional seas and fisheries using marine robots provided by the UK National Oceanography Centre. 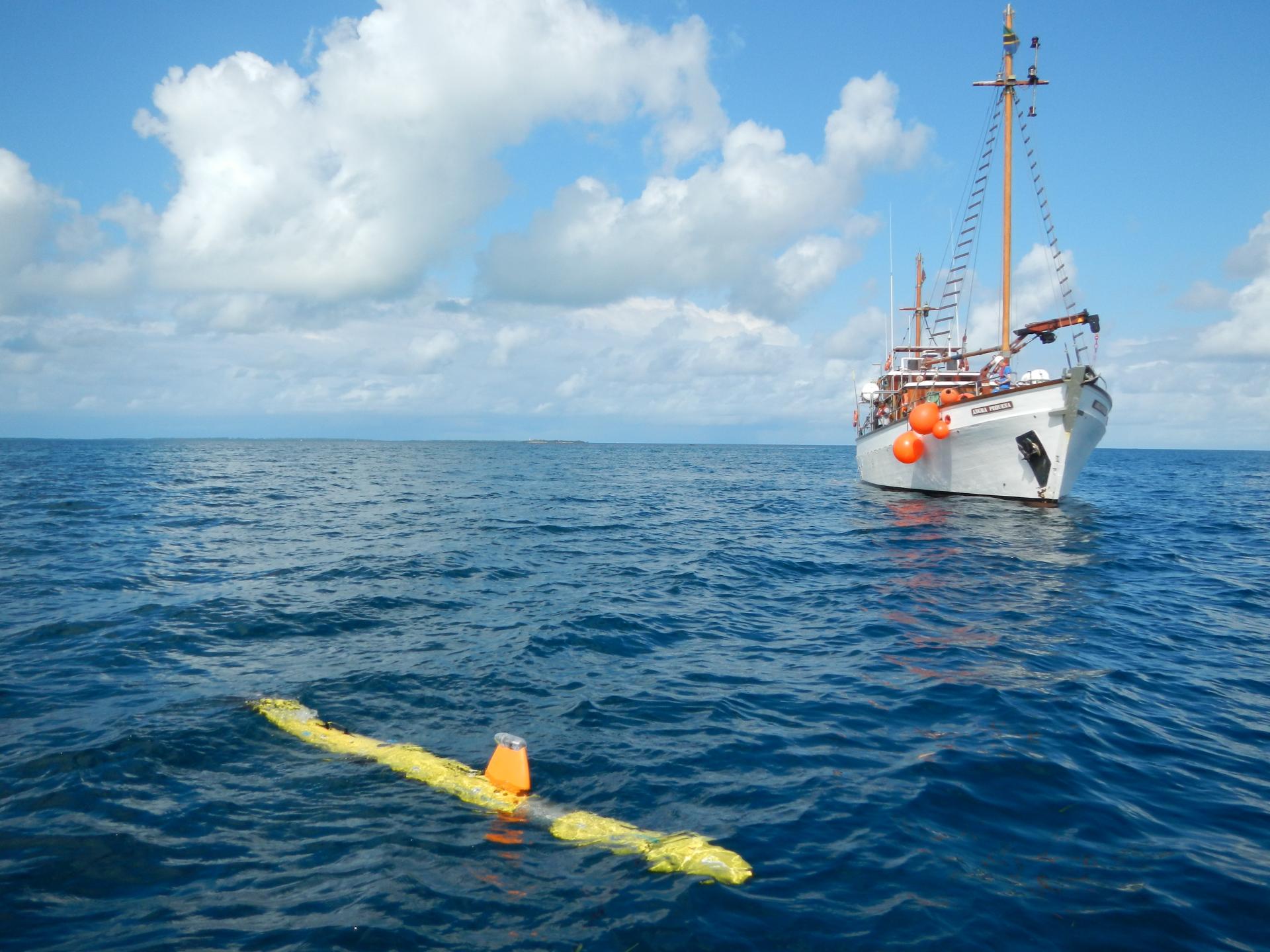 “This presented a range of challenges that were overcome through international partnership, local community engagement and shared infrastructure and skills. Ultimately, we found marine robots offered significant potential for advancing ocean research capability in low-income countries, but that sustained investment was required to further develop skills and infrastructure at a regional or national level to enable regions such as the Western Indian Ocean to benefit from a rapidly evolving technology landscape.”

The findings of the project, outlined in the Marine robots for coastal ocean research in the Western Indian Ocean paper published in Ocean & Coastal Management, include recommendations for future investment which are transferable to comparable regions that include low-income countries.

Dr Palmer continued: “The results also demonstrate the value of coastal community engagement as part of the technology transfer process, ensuring that local communities, such as artisanal fishing communities that are likely to share the same space as these technologies, are willing to accept a shift in research approaches by national agencies.

“Ultimately, through our engagement, our findings show how the suitability planned introduction of state-of-the-art technologies can provide significant uplift to regional capacity and help generate confidence and opportunities for low-income countries, such as those in the Western Indian Ocean.”