‘Mixing it up’ in the Southern Ocean 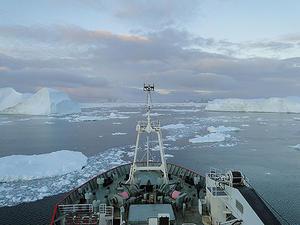 The Southern Ocean encircles Antarctica and plays a key role in controlling the global climate. It is here that ocean currents return from the abyss to the surface, closing the global ocean overturning circulation. This circulation drives the poleward transport of heat, which is critical to the relatively mild weather here in the UK.

New research by the National Oceanography Centre, Liverpool, and Bangor University has for the first time identified a new process that contributes to this upwelling of abyssal water, a key component of the global overturning circulation.

The research, published in leading American Geophysical Union Journal Geophysical Research Letters, presents the first direct evidence of a hypothesised mechanism that enables the transport of deeper waters to the surface over the Antarctic continental slope. 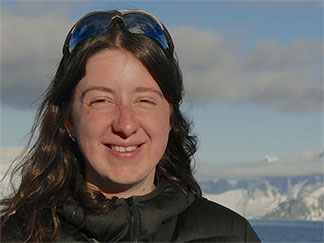 “The ocean interior is stratified, with surfaces of constant density separating the layers of water. In the Southern Ocean, strong winds cause these density surfaces to incline, tilting upwards towards Antarctica. It has long been known that the slow, upward diffusion of waters along these density surfaces is unable to account for all upwelling here. It had been hypothesised that another mechanism – the mixing of heat and mass across these density surfaces – might provide a shortcut,” explains Ocean Physics PhD student Jess Mead Silvester.

“In fact, we observe very high levels of mixing across the density surface that generally separates the upwelling branch of the global overturning circulation from waters that have already been exposed to the surface and which are on their way northward. This means that water transformations are happening at depth, instead of near the surface before being subducted again, short-circuiting the overturning.”

“We believe that the interaction of tidal currents with the sea bed on the steep continental slope provided the energy driving the mixing. We think that this process may be occurring over as much as 30% of the Antarctic continental slope, making a significant contribution to the upwelling, and hence the strength of the global overturning circulation.”

Jess’ supervisor Dr Jeff Polton commented, “The work is exciting since it highlights the tantalizing role of tides, with which we are all familiar from trips to the sea-side, as a missing component in our understanding of something as globally significant for climate as the overturning circulation. Fortunately there are a lot of parallels between tidal processes in the shallow seas around Antarctica and our own islands, so we already have a head start in unpicking how it all works.” 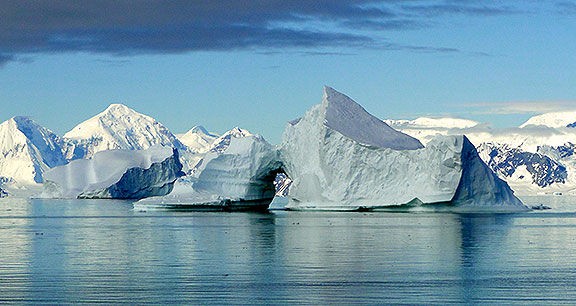 This research forms part of Jess Mead Silvester’s PhD which is supervised Drs Miguel Morales Maquedas and Jeff Polton at the National Oceanography Centre, Liverpool and Dr Yueng-Djern Lenn and Professor Tom Rippeth at the School of Ocean Sciences, Bangor University. The PhD is funded by the Natural Environmental Research Council.