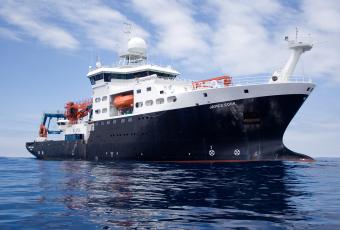 The ship’s crew and NOC researchers on board RRS James Cook were joined by scientists from the British Antarctic Survey (BAS) this week as their quarantine ended ahead of the expedition to the massive A-68a iceberg in the South Atlantic. The ship has now departed the Falkland Islands bound for the giant iceberg, where the BAS and NOC teams will investigate A-68a in an effort to improve our understanding of its potential impact on wildlife and ecosystems around South Georgia.

The huge iceberg – which broke away from Antarctica’s Larsen C Ice Shelf in 2017 – is now 3900sq km in area. After satellite images revealed its movement towards South Georgia, the BAS science team put a proposal to NERC to fund an urgent mission south. Recent images captured from the air by the MOD show that the iceberg is breaking up. The team will investigate the impact of freshwater from the melting ice into a region of the ocean that sustains colonies of penguins, seals and whales. These waters are also home to some of the most sustainably managed fisheries in the world.

BAS Oceanographer Dr Povl Abrahamsen is leading the mission. He said: “We have a unique opportunity to visit the iceberg. Normally, it takes years to plan the logistics for marine research cruises, but NERC, working with the Government of South Georgia and the South Sandwich Islands and the UK Government’s Blue Belt Programme, recognised the urgency to act quickly, allowing us to study the iceberg during an upcoming voyage to monitor the ecosystem and climate of the Southern Ocean. Everyone is pulling out all the stops to make this happen.”

Underwater robotic gliders will be deployed from RRS James Cook, which will arrive at the iceberg in mid February. Two 1.5-metre-long gliders will spend almost four months collecting measurements of seawater salinity, temperature, and chlorophyll from opposite sides of the iceberg, piloted over satellite link by NOC and BAS personnel. The team will also measure how much plankton is in the water and compare their findings with long-term oceanographic and wildlife studies around South Georgia and nearby Bird Island.

Steve Woodward, the NOC’s Glider Technical Lead, who will be managing the National Marine Equipment Pool (NMEP) glider operation, said: “Autonomous submarine gliders are an excellent, cost-effective, and sustainable means of gathering and recording important marine data. In this case, we will program the NMEP gliders to get as close to the edge of the iceberg as we feel is safe and practicable, and collect the data that will be needed to enable the team to understand the implications of what is taking place with A-68a.”

Waters around South Georgia are recognised as among the most biologically rich places on the planet with more described marine species than the Galapagos, and is one of the world’s largest Marine Protected Areas. The iceberg, if it grounds near the island, poses a risk to colonies of penguins and seals during the breeding season.

Professor Geraint Tarling, an ecologist at BAS, said: “The iceberg is going to cause devastation to the sea floor by scouring the seabed communities of sponges, brittle stars, worms and sea-urchins, so decreasing biodiversity. These communities help store large amounts of carbon in their body tissue and surrounding sediment. Destruction by the iceberg will release this stored carbon back into the water and, potentially, the atmosphere, which would be a further negative impact.

“However, whilst we are interested in the effects of A-68a’s new arrival at South Georgia, not all the impacts along its path are negative. For example, when travelling through the open ocean, icebergs shed enormous quantities of mineral dust that will fertilise the ocean plankton around them, and this will benefit them and cascade up the food chain. 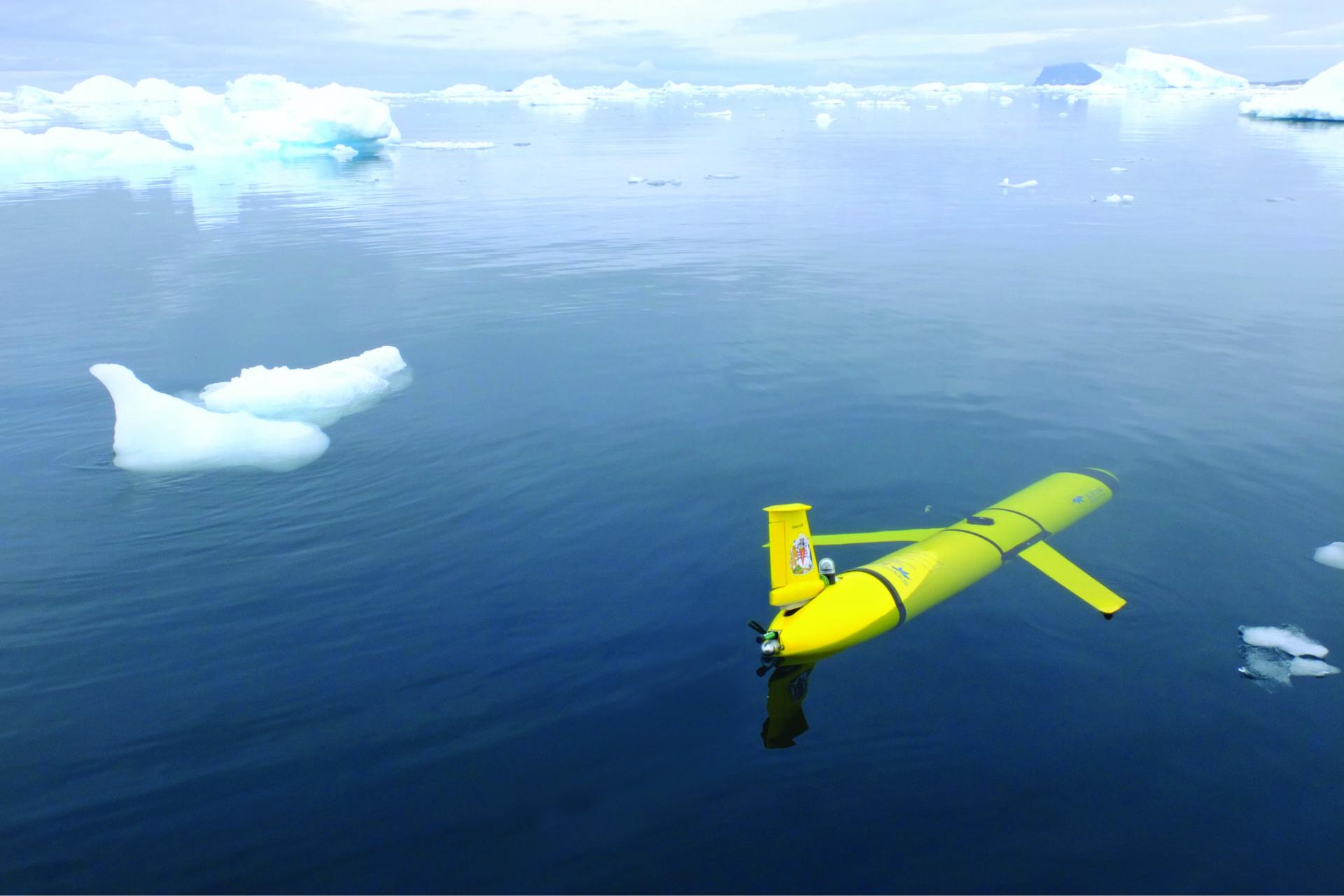 Andrew Fleming, Head of Remote Sensing at BAS, has been tracking the iceberg’s journey on images from the Copernicus Sentinel-1 and other satellites. He said: “We are watching the progress of the A-68a iceberg very closely as we haven’t seen a berg of this size in the area for some time. As it breaks up, thousands of smaller icebergs have the possibility to obstruct shipping lanes in the area, especially as they disperse. The European Space Agency has delivered regular Sentinel-1 images and we will use these to continue tracking in the coming months.“

“The images and footage collected by MOD flight missions have helped enormously in confirming some of the features we can see in the images from space. Close up images provide detail on how the berg is starting to break up and allow us to better understand these processes.”

The research expedition to A-68a has been funded by a combination of the Natural Environment Research Council, the Government of South Georgia and the South Sandwich Islands, and the UK Government’s Blue Belt Programme.