Mega-Tsunami – a threat to the UK? 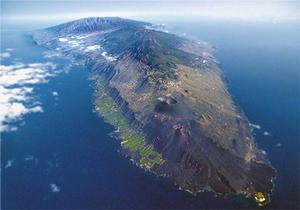 Anyone who watched the recent documentary ‘Could we survive a Mega-Tsunami?’ can be forgiven for looking for property on higher ground, as it made for pretty terrifying viewing! Giant computer-generated waves aside, just what is the risk to the UK from landslides on the flanks of volcanoes in the Canary Islands?

Dr Peter Talling, Leader of the Geohazards and Sedimentology Research Group at the National Oceanography Centre explains “The first thing to say is that very large volcanic landslides in the Canary Islands occur on average about every 150,000 years. The BBC4 programme on Wednesday night also largely focused on the absolute worst case scenario, but there are other more likely scenarios which produce smaller tsunamis.

“In particular, it is likely that a failure of the Cumbre Vieja volcano would have a smaller volume than 500 km3. Indeed, recent research suggests that volcanic island landslide can fall into the sea in several stages*, significantly reducing the scale of the tsunami.

“Even if the volume of the landslide was 500 km3, more recent modelling studies have concluded that a smaller tsunami wave height would result, although that height could still be significant.**

“A final point is that tsunamis can be generated by very large landslides that are not associated with volcanic islands, such as the Storegga Slide that occurred 8,200 years ago offshore Norway. There is compelling evidence that the Storegga Slide produced a tsunami that reached the UK coastline, with run up heights of 4-6 m. The average recurrence interval of major landslides in ocean basins around the Storegga Slide is about 5,000 years, although it is not yet clear whether they always generate far travelling tsunami.”

Visit our pages for more information on the work that is being done by the National Oceanography Centre in this area of Science and Technology.

A major Natural Environment Research Council project is underway to assess the hazard posed by non-volcanic landslides, which are somewhat more frequent that the volcanic landslides in the Canary Islands, and located significantly closer to the UK (see Nature Climate Change, Volume 3, p. 179. doi:10.1038/nclimate1815). See http://arp.arctic.ac.uk/projects/landslide-tsunami.