Measuring the impact of storms on river and estuarine pollution 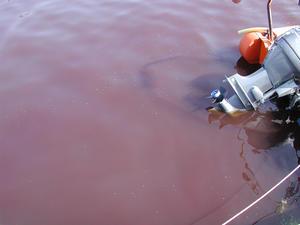 A team of scientists have won over £1 million from the Natural Environment Research Council to monitor the effect of storms on pollution in a river / estuary in Hampshire.

Excess concentrations of phosphate and nitrate in river water originating from fields, crops and sewers are some of the major pollutants affecting Britain’s rivers and estuaries. These nutrient enriched waters can cause severe problems, such as stimulating the growth of excess algae that depletes oxygen from the water, causing widespread death to fish or causing the growth of poisonous algal species (red tides) that can decimate shell fisheries.

Using the Hampshire Avon and Stour rivers and Christchurch Harbour in Dorset as examples, the team will spend 12 months measuring nutrient water quality and examining pollution levels when sediments in the estuary are stirred up by storms. They will also look at how sudden storms affect the input of nutrients and biological activity in the estuary.

The work is crucial because climate change means that the intensity and frequency of storms are likely to increase.

Results of the study will be used to create a powerful statistical model of the distribution of excess phosphates and nitrates, how they transfer from rivers, through estuaries and into the coastal seas and the role that storms play in this process. The team anticipate that this will allow policy makers to make more informed decisions about how to reduce nitrate and phosphate pollution in our estuaries.

The scientists are part of a consortium from the Universities of Southampton, Portsmouth and East Anglia and the National Oceanography Centre which has won a Natural Environmental Research Council (NERC) grant of more than one million pounds.

The consortium leader, Professor Duncan Purdie from the University of Southampton, who is based at the National Oceanography Centre, said “This study focuses on Christchurch Harbour which has the advantage of being an enclosed estuary with two of the South’s major rivers, the Stour and Hampshire Avon flowing into it and with one narrow connection to coastal waters of the English Channel.

By using a number of state-of-the art, continuous monitoring techniques we will produce an accurate assessment of the impact of nutrients entering the estuary during short term storm increased flows in the two rivers.”

University of Portsmouth marine biogeochemist, Dr Gary Fones, said “Approximately 40% of the world’s population live within 100 km of the coast and estuaries making them some of the most vulnerable sites for impact from man’s activities. Pollutants such as runoff from fertilised fields and discharge from sewage treatment plants are gathered by rivers from large areas of the interior and accumulate in estuaries and this is aggravated by storm activity.

It’s like running a bath with the tap turned on just enough to create a steady trickle of water. When a storm occurs the river flow increases, as if the bath tap has suddenly been turned fully on, bringing more nutrients into the estuary and churning up the bath water and anything on the bottom. We want to find out the extent of the effect of that activity in our estuaries.”

Previously, most water quality monitoring in rivers and estuaries has taken place at fixed times that are spaced too far apart to capture storms when they occur. The project is the first in the UK to monitor water quality in estuaries using sensors and weather prediction technology to anticipate a storm.

A red tide is a term often used to describe a discolouration of estuarine or coastal waters caused by a proliferation or ‘bloom’ of microscopic algae. These are often red in colour but can be other colours, e.g., green, brown, yellow.