Measuring the impact of breaking waves on climate change 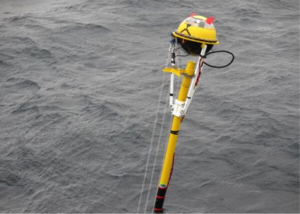 An ocean buoy developed by the National Oceanography Centre is currently measuring the characteristics of waves breaking in the open ocean off the coast of Newfoundland. The findings will feed into assessments of how gas and aerosol exchange at the surface of the ocean impacts climate change.

The ‘Spar Buoy’ is currently being deployed from RV Knorr as part of the TEABAG project, led by University of Leeds’ Dr Ian Brooks and the National Oceanography Centre’s (NOC) Robin Pascal, in collaboration with the University of Southampton’s Institute of Sound and Vibration Research, amongst others.

TEABAG – Turbulent Exchange: Aerosols, Bubbles And Gases – aims to investigate the impact of waves and wave breaking on the air-sea transfer of aerosols and gases, particularly under high wind speed conditions. This is why the research expedition was scheduled for the autumn, in a region of the North Atlantic notorious for bad weather and large waves.

These processes play a crucial role in climate change. Carbon dioxide (CO2) is absorbed at the sea surface, some of which is mixed down to the deep ocean, locking it away from the atmosphere. Also sea-spray aerosols are key in the formation and type of cloud over the ocean, both of which are factors in determining how much of the sun’s incoming radiation is reflected back into space.

However, the rate at which the ocean absorbs CO2 and produces sea spray is not well known – wave breaking has a large impact on these processes but is not well understood. 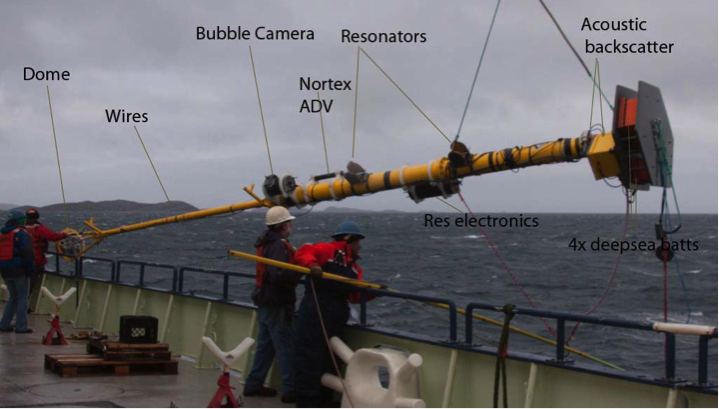 “The NOC Spar buoy is a unique system that was designed to measure wave breaking in the open ocean,” says Dr Margaret Yelland, a scientist with NOC’s Marine Physics and Ocean Climate research group. “Data from the buoy will allow us to determine the effect of wind speed and sea state on the amount of breaking activity.”

The Spar Buoy carries a range of systems designed to measure waves and wave breaking, including: capacitance wires to measure waves, wave breaking and whitecaps; video cameras both above and below the surface; a current meter; and an acoustic system to measure sub-surface bubble clouds. The buoy is 11 metres long and weighs about half a ton. Fairly calm weather is needed to deploy the buoy, but once in the water it can operate for days at a time – long enough to measure the waves generated by passing storms. 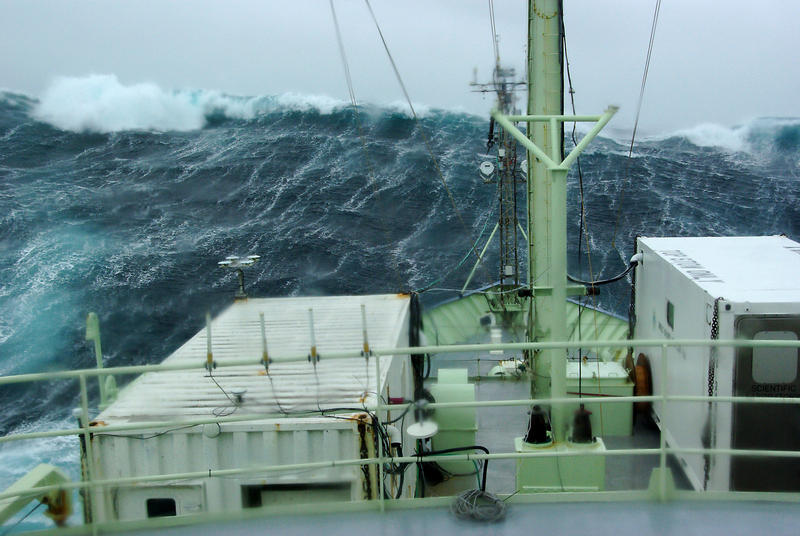 The buoy was deployed successfully at the start of the expedition, and recovered three days later once a Force 11 storm had passed through. To date there have been two successful deployments and recoveries, in average wind speeds of over 55 knots and wave heights of up to 11 metres. A small, lightweight version of the buoy has also been deployed – this only carries capacitance wires and a camera, but is much easier to deploy and recover.

For the expedition blog see http://frictionvelocity.wordpress.com.