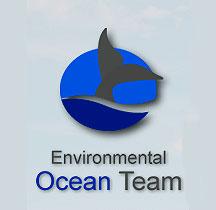 A unique, round-the-world sailing expedition that will monitor the marine environment in all the Earth’s oceans, starts from La Spezia, Northern Italy on Saturday 24 September.

The yacht, Kaitek will circumnavigate the globe on a four-year voyage gathering data for oceanographic research. The project was conceived by Environmental Ocean Team (EOT), a company created to bring together the worlds of science and recreational sailing by using yachts as environmentally friendly platforms for oceanographic research, and to share findings with the wider public.

The vessel is owned by Iacopo Celano (Captain) and Dr Giada Franci (Marine Biologist) and the expedition is supported by a multi-national group of scientists, including Drs Paolo Cipollini and John Allen of the UK’s National Oceanography Centre, based in Southampton. The noted Italian yachtsman, Giovanni Soldini, is also a member of Environmental Ocean Team.

The National Oceanography Centre is a short walk from the site of the PSP Southampton Boat Show, which runs until 25 September in Mayflower Park.

During the expedition Kaitek will carry on board a monitoring device, the MiniPack CTD/F, provided by Chelsea Technologies Group, which will take continuous surface measurements of water temperature, salinity and fluorescence. It will also record ocean sounds, focusing on those produced by marine mammals, but also human-generated noise from sources including shipping, seismic surveys, offshore platforms and sonar. The ultimate aim of this strand of the project is to create a worldwide picture of ocean soundscapes.

The voyage is a pilot experiment for the YachtGOOS initiative, set up by MyOcean Resources Ltd (http://yachtgoos.myocean.co.uk/). YachtGOOS is a recreational Global Ocean Observing System involving yachtsmen and women in a number of countries. It enables real-time, automated monitoring of the marine environment and covers diverse regions of the coastal and open ocean, leading the way in the use of state-of-the-art technology and environmental policy. The data gathered will have a range of potential applications, including improved weather forecasting, marine ecosystem forecasting and coastal and fisheries management.

During the epic voyage, EOT members will visit oceanographic research centres around the world to share knowledge.

EOT Director, Emilio Tesi said “As well as providing valuable data about the marine environment in many different parts of the globe, the Kaitek expedition will raise awareness of the human impacts on fragile ecosystems.”

The expedition is also supported by:
Centro Interdisciplinare di Bioacustica e Ricerche Ambientali of the University of Pavia,
Centro Ricerche Ambiente Marino S. Teresa,
The Italian Navy in collaboration with its Naval Experimentation and Support Centre.