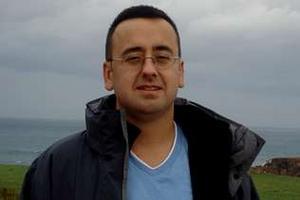 Physical oceanography expert Dr Alberto Naveira Garabato has been awarded a 2010 Philip Leverhulme Prize. These prestigious prizes are awarded annually to the "best young scientists in the UK" and carry a value of £70,000 that the prize holder can use for any purpose in support of their research activity.

Dr Naveira Garabato is a member of the University of Southampton's School of Ocean and Earth Science (SOES), based at the National Oceanography Centre, Southampton. His main research explores the character and physical controls of the circulation of the Southern Ocean, and its role in climate.

Specifically, Dr Naveira Garabato has made significant contributions on the subject of how mescoscale eddies (the oceanic weather systems, measuring tens of kilometres across) and centimetre-scale turbulence, transport water masses and tracers across the Southern Ocean, shaping the global thermohaline circulation and the flux of climatically important substances (such as heat and carbon dioxide) between the atmosphere and the ocean. This body of research has significantly advanced the oceanographic community’s understanding of how Southern Ocean mixing processes control the rate, structure and sensitivities of the ocean circulation, and how they should be represented in climate-scale ocean models. This work has also highlighted important and previously unrecognised aspects of the Southern Ocean’s role in past and present climates.

Dr Naveira Garabato leads an active research group of postdoctoral research fellows and PhD students. In addition to leading a major NERC consortium (the Diapycnal and Isopycnal Mixing Experiment in the Southern Ocean) to investigate how Southern Ocean mixing processes work and how they shape the global ocean circulation, Dr Naveira Garabato is the Primary Investigator of a large, multi-institutional Antarctic Funding Initiative project to study the ventilation, bottom water formation, nutrient cycles and carbon sequestration of the Southern Ocean’s Weddell Gyre. He also leads a multi-national project to investigate the role of small-scale topography and mixing processes in the dynamics of the Antarctic Circumpolar Current.

Philip Leverhulme Prizes are awarded to outstanding scholars who have made a substantial contribution to their particular field of study, recognised at an international level, and where the expectation is that their greatest achievement is yet to come. Approximately 30 prizes are available each year across the five or six topics offered.

The Leverhulme Trust was established in 1925 under the Will of the first Viscount Leverhulme. It is one of the largest all-subject providers of research funding in the UK, distributing funds of some £50 million every year.

Professor Tim Minshull, Head of the School of Ocean and Earth Science, said “I am very pleased that Dr Naveira Garabato’s truly exceptional scientific record has been recognised by this prestigious award. I am confident that he will make very good use of the flexibility that it provides.”